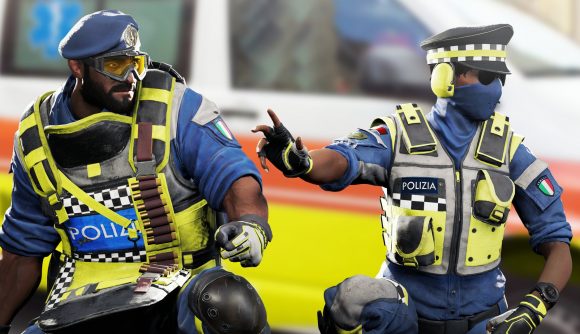 We all love a bit of trash talk in competitive games, especially when verbal sparring is taken to the next level on the big stages of esports tournaments, but it looks like Ubisoft wants to curb some of that behaviour by implementing a new code of conduct for Rainbow Six Siege.

Ubisoft has implemented a number of changes to tackle toxicity in recent months, including adding a friendly fire punishment system and a chat filtration system. But, like all multiplayer games, griefing is rampant in the tactical shooter and its something Wei Yue, Ubisoft’s esports director, wants to change both in the esports and casual competitive scene.

“Right now we’re working on a global rule set and code of conduct that we will have in time for the new system and moving forward,” Yue tells our sister site PCGamesN in a lengthy interview, which you can read here. “In the past we’ve worked very closely with ESL, our production partner, to address any toxicity issues [on site].

“From the top level, yes we want to reduce the toxicity or even eliminate it if possible. In the past this has been done through working closely with our partners. Now, we are also doing things on the developer side to address this such as the reputation system.

“Toxicity is something that’s in every single game out there – even the most casual game on your mobile phone – so for a game that is as competitive as Rainbow Six Siege it’s expected that we see it more often. Pro players have so much exposure, and that’s what people see, and of course we want to reduce that as they’re basically the role models for our community.”

For those of you who tuned in to watch the Six Invitational in Montreal at the weekend, you’ll have seen Spacestation Gaming’s captain, Troy ‘Canadian’ Jaroslawski, trash talking his opponents from his booth. There was nothing wrong with what he said, and it’s certainly not the type of behaviour Ubisoft wants to crack down on, but like everything, there’s a fine line between banter and griefing.

This was made clear when ESL ruled that Jack ‘Doki’ Robertson, one of Natus Vincere’s players, made a “display of severe toxicity” last October and was banned from competitive Siege for six months. The British player later apologised for his actions and reminded fans that “your words matter, so be careful what you say; whether you’re an influential member of the community or not.”

ESL and Ubisoft have proved that they aren’t afraid to tackle toxicity head on, but now they’re taking it to the next level.