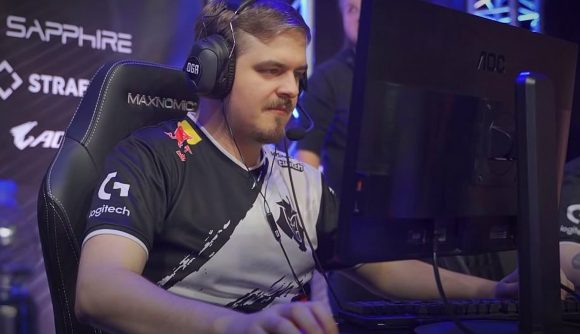 Team Vitality has snapped up one of the top players in Rainbow Six Siege, Fabian ‘Fabian’ Hällsten, following the Swede’s official departure from G2.

Fabian joins Vitality despite having been on G2’s bench for over three months after he was dropped from the main roster in favour of new signings Ben ‘CTZN’ McMillan and Jake ‘Virtue’ Grannan. Some thought that this would signal the end of the 25-year-old’s playing career, but the two-time Six Invitational announced his return to a competitive roster by simply tweeting: “I’m back bitches.”

Vitality has also brought Belgian Valentin ‘Risze’ Liradelfo on board from Rogue to complete its new look roster. Loïc ‘BriD’ Chongthep and Teemu ‘Stigi’ Sairi depart to make way for Fabian and Risze. Fabian’s move to Vitality ahead of the new Rainbow Six European League also sees him reunite with former G2 teammate Daniel ‘Goga’ Mazorra Romero. Following the announcement of his switch to the French organisation, Fabian jokes in a tweet that he can now “spoon Goga at bootcamp again.”

With Fabian and Goga reunited, as well as a strong looking roster all round, Vitality will likely be one of the top contenders for Season 1 of the European League, which kicks off on June 22.

Following the signing of Fabian and Rinsze, Vitality’s Rainbow Six Siege roster now looks like this: