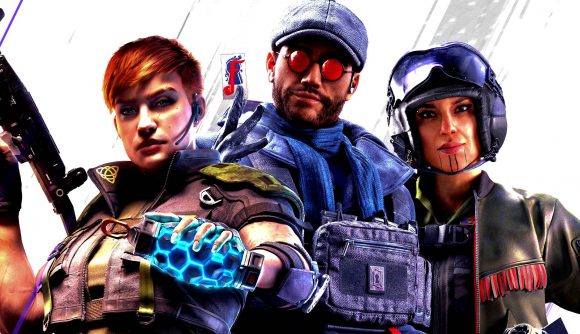 A lot of fans agree that the ranked system available in Rainbow Six Siege is in dire need of refreshing, and Ubisoft is committed to doing just that with an update it has dubbed ‘Ranked 2.0’. However, this Rainbow Six Siege ranked rework isn’t going to be available quite as soon as originally planned and this has split the fanbase – some fans are annoyed that Ubisoft isn’t keeping up with the promises it made earlier in the year, others are fine with the waiting provided the end result is an improvement.

On July 13, Ubisoft released a Y7S2 mid-season roadmap update highlighting the changes to Rainbow Six Siege’s content plans for the rest of the year and beyond. While fans were pleased to see that Ubisoft is introducing an existing map to the competitive pool in Y7S3, there was a lot more for fans to be frustrated with.

Through the roadmap update, Ubisoft confirmed that the release of a number of new features, including the Rainbow Six Siege ranked rework, would be pushed back from Y7S3 to Y7S4.

“ We’ve mentioned it before, but sometimes, the reality of working on a live game means features have to be delayed in order to meet the quality standards you expect,” Ubisoft began. “This is one of those cases.”

“ As Y7S3 approached, we realised Ranked 2.0 would benefit from a little more time, so we’ve made the difficult decision to push its release back by a season. This way, we can ensure that the revamp to Ranked that you get in Y7S4 is the strongest it can possibly be.”

We've got updates regarding the release timing of the following:

Alongside this delay, Ubisoft has also pushed back the implementation of restrictions on voice chat and the upcoming new Reputation Score display feature. These might be minor in comparison to the delay of the Rainbow Six Siege ranked rework, but they’re an important part of the argument some fans are making in criticism of Ubisoft’s work on the tactical shooter.

“ Remember when [Ubisoft] said we would receive less operators so we could have more content and reworks,” one Reddit user asks. “Well, it seems like Year Seven isn’t the year for Siege like [Ubisoft] promised.”

The replies to this Reddit post, which you can see below, are split between people supporting the delays in hope of a more polished finished product and those which say things like the following: “ There’s a point at which it becomes ridiculous to delay and now they’re delaying everything… Ubisoft is treating Siege like an old man on life support who’s got a few months left.”

Remember when they said we would receive less operators so we could have more content and reworks? Well, it seems like year seven isn’t THE year for siege like they promised. from Rainbow6

Still, Rainbow Six Siege’s next Major is taking place in Berlin this August and there are still plans from Ubisoft keeping MMR “invisible” in Rainbow Six Siege Ranked 2.0 to look forward to. So, it’s not all bad… It’s just a case of being patient.