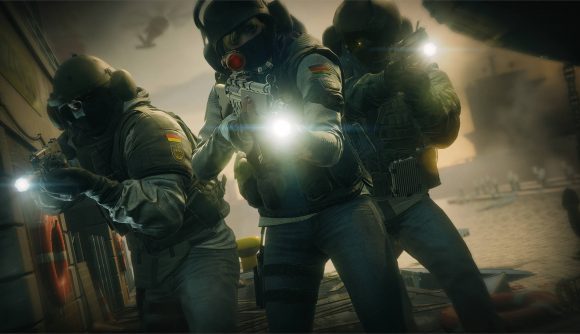 Two players and a coach from Ninjas in Pyjamas’ Rainbow Six Siege team have been denied visas to travel to Japan for the Pro League Finals.

The Season 10 Finals are being hosted in Tokoname, but it now seems unlikely that NiP’s João ‘Kamikaze’ Gomes and Julio ‘Julio’ Giacomelli will be able to attend the tournament. The team’s coach, Arthur ‘Ar7hur’ Schubert, has also been confirmed as having his visa application turned down. The entire roster and Ar7hur are all Brazilian. This comes after another Brazilian Siege player, Ronaldo ‘Ion’ Osawa of FaZe Clan, was also denied a visa.

NiP’s team manager, Andres ‘Bob’ Cardoso, confirmed on Twitter that Julio, Kamikaze and Ar7hur had all been denied visas. However, he did reveal that there was still hope and that there was still a way of getting them to Japan. “Apparently there is still a last chance for a visa! Let’s try!” he tweeted to Julio and Kamikaze. The team now appear to be heading to the Japanese consulate in Brazil to try and arrange some form of emergency visa, according to the translation of the below tweet.

As is reported by Siege.gg, the issues occurred after tournament organisers ESL said they would sort out visas for the Brazilian players, but then made it the team’s responsibility at short notice.

NiP were gearing up to face Team Reciprocity in the first round of the Finals on November 9, but this has now been cast into doubt. They are the top team in the Latin American division of the Pro League, but their appearance at the Finals could now be off.

If they are unable to field a full roster, it is likely that Reciprocity will receive a bye through to the semis, or that another team will be drafted in on short notice.