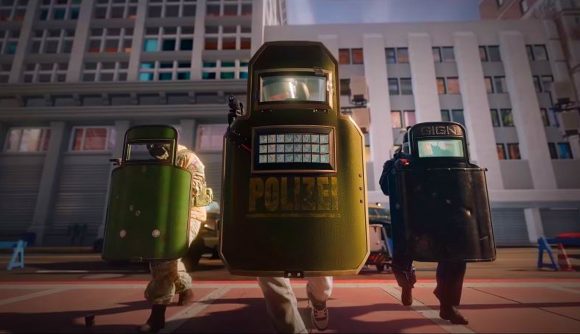 Rainbow Six Siege is one of the most popular shooters out there. For Xbox and PlayStation players, details on how the game will play on next-generation consoles has been pretty sparse, but Ubisoft has now dropped all the information on upgrading your game, cross-progression, and gameplay performance.

Firstly, Siege is getting its next-gen enhancements on December 1. Console players can upgrade Rainbow Six Siege for free to next-gen, just so long as it’s in the same console family (e.g. PS4 to PS5). However, this free upgrade won’t apply to those with a physical copy of Siege if they’ve purchased a digital-only console.

All your progression and in-game items will also carry over to your new console thanks to Ubisoft Connect, but again it has to be in the same console family. Cross-generation play will also be supported, meaning Xbox Series X|S players can play with Xbox One players and PS5 players can play with PS4 players. However, full cross-play between all consoles and PC seems a way off, although Ubisoft says it is “exploring the possibilities.”

Rainbow Six Siege on the PS5 will also support the DualSense controller’s haptic feedback and adaptive triggers. The PS5 menus will also have quick Activities links for Ranked, Unranked, Newcomer, Quick Match, and Events modes to drop you in lobbies quicker.

Upgrade FREE to the next generation version of #RainbowSixSiege starting December 1.

In terms of how the game will run, Ubisoft is introducing two different performance modes to Siege which will prioritise either frame rates or resolution.

In Performance Mode, Siege will “target 120 FPS with 4K Dynamic Resolution Scaling” on the PS5 and Xbox Series X, while the less powerful Series S will aim for 120 FPS at 1080p. In Resolution Mode, frame rates will be halved to 60 FPS, with the PS5 and Series X displaying in 4K and the Series X in 1728p.