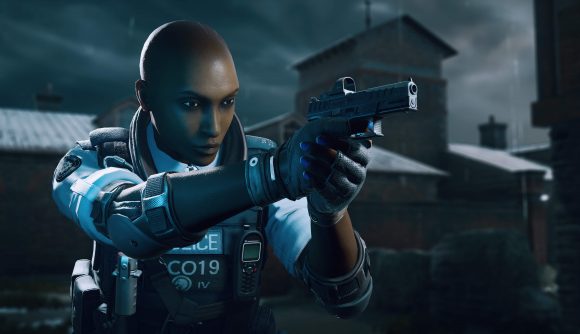 Rainbow Six Siege’s Operation Shadow Legacy brings with it a host of new changes, including an entirely revamped ping system, which Ubisoft is calling Ping 2.0. The substantial changes are designed to give players greater control over pings and to allow for more depth of information to be conveyed through the simple communication system.

Traditionally, pings let players to place markers locations, giving teammates contextual cues to the location of enemies, gadgets, or anything else in the game. Under the old system, only one ping was available, but they will now be colour coded depending on what is the ping is attached to. They also have unique numbers, so other teammates can see who is doing the pinging, not just what has been pinged.

Perhaps the biggest improvement Ping 2.0 brings over the old system though is by adding gadget ping capabilities. Previously, pings could only be sent by operators themselves, but now can be sent from either cameras or drones.

Ping 2.0 comes at the perfect time for Rainbow Six Siege’s newest operator, Zero, AKA Sam Fisher. The Splinter Cell hero brings with him a camera which can penetrate walls, and will be sure to make great use of the upgraded pings.

The Ping 2.0 system was first revealed on February 17, and was planned to be part of the Operation Steel Wave expansion, before being pushed back due to the pandemic’s impact on development. With Operation Shadow Legacy, it finally makes its debut.