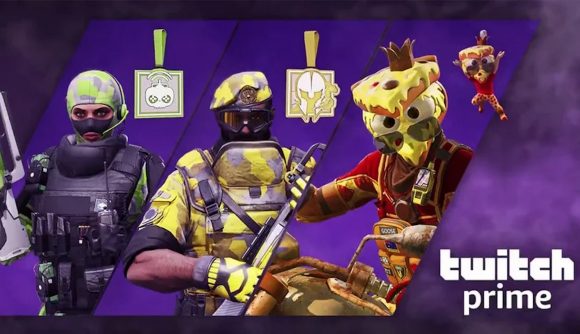 Rainbow Six Siege is known for its realistic approach to tactical shooters, but Ubisoft’s creative team likes to have a bit of fun with the game’s cosmetics from time to time. As part of the game’s new season and the launch of Operation Void Edge, Ubisoft is giving away a pizza-themed Mozzie skin for this month’s Twitch Prime loot, and one streamer is not impressed.

The Mozzie Pizza Party Set, which features a skin that replaces Mozzie’s head with a slice of Mozzerella-laden pizza has been branded “stupid” by one Siege streamer after the skin, which drops on March 24, looks like it has been taken directly from the Fortnite store.

Operation Void Edge launched last week and it’s had a bit of a rocky start. Matchmaking issues, poor servers, and new bugs have been “resolved” by Ubisoft, although players are still reporting problems.

Hopefully these problems will be ironed out in the next few days so you can well and truly cheese people off by shooting them with this love it or hate it skin.