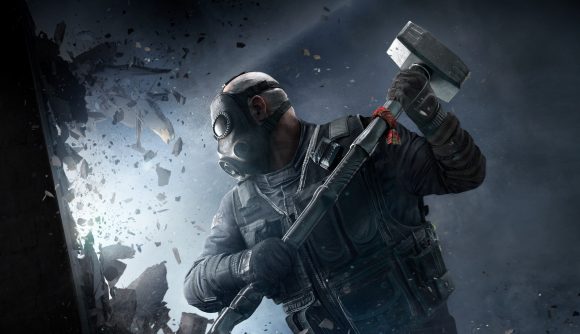 10/02/2021 The names and logos of the ten competing teams have now been revealed.

Rainbow Six Siege fans were understandably devastated when Ubisoft postponed the Six Invitational last week, but players and content creators have come together to replace the competition. As one of the biggest esports games, any replacement to the biggest tournament on the Siege calendar will have to be something special for fans to be happy.

However, something special seems to be on the cards, as some of the finest Siege players are coming together to host the R6 Memevitational – a fun tournament that will see pros join teams with content creators to give fans of the esport something to look forward to.

Ex-G2 and Chaos Esports Club analyst Jack ‘Fresh’ Allen shared a screenshot of the early discussions of the tournament, in which some top UK talents brainstormed ideas. Commentator Derry ‘Dezachu’ Holt came up the the Memevitational name, but the process looks very collaborative. Fresh’s tweet says that they now have, “near enough 10 confirmed teams, with some of the biggest and best names in Siege.”

With details surrounding the tournament currently coming through thick and fast, it’s incredibly impressive that they managed to pull something of this scale together in such a short space of time – just a few days.

Pretty excited for this whole R6 Memevitational tournament. 4 days ago it was just an idea conceptualised in a discord group chat and now we have near enough 10 confirmed teams, with some of the biggest and best names in siege. pic.twitter.com/EZ0gKNrF74

The Six Memevitational now has an official Twitter account, which revealed the competition will take place on February 20 and 21.

We refuse to go a year without a prestigious R6 event.

Additionally, the names and logos of the ten participating teams in the competition have now been revealed.

It's finally time to present the teams participating in the #SixMemevitational! And the groups too, because why not!

Stay tuned for the full roster reveals! But for now, have fun trying to guess who's on each team 😉 pic.twitter.com/wBOr7kVAFv

Fresh tells The Loadout that he wants “to host a spectacle that wasn’t too serious, but incorporate[s] competition from around the globe.” He admits that ping could be an issue with teams competing from across the globe, but servers will be decided by taking an average of the participants’ locations. After all, a tournament with high ping is better than no tournament at all.

He describes the Memevitational as “a celebration of all things Siege [and] the community.” The tournament looks like it will be played with two groups of five teams in a round robin best-of-three format, with day two taking the top four teams into a single elimination bracket to determine the winner.

Fresh urges fans to keep an eye out for announcements regarding participants and chosen charities in the coming weeks via the tournament’s new Twitter account.