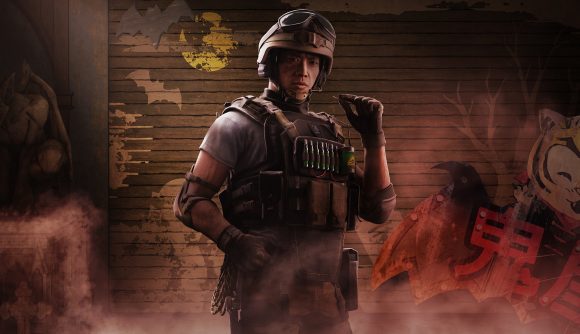 The new Rainbow Six Siege patch is here and with it brings a whole host of changes to the game’s many operators, including Maestro, Echo, and Jager. Defender Lesion once again escaped Ubisoft’s nerfs but the designer notes hint that they’re on the way.

After analysing Platinum ranked matches and above, Lesion was classed as an overpicked defender with a high win delta percentage. He’s also got a six percent ban ratio meaning players consider him to be a clear threat. His Gu mines allow him to gather information about attackers while slowing them down and his loadout is strong allowing him to take – and often win – key gun fights.

“Lesion is currently over-picked and performs really well,” the designer notes state. “He can often be quite frustrating to play against, which is why he is also target by operator bans. He takes gun fights, deals damage, and slows down the enemy. On top of that, his Gu Mines are also used for information gathering.”

Ubisoft hasn’t revealed how it plans to balance Lesion, but as PC Gamer points out, the community has a lot of different ideas. Some players want the effectiveness of Gu Mines to wear off over time and others want Lesion to lose his ability to see them through walls.

Only time will tell to see what the designers have got in the works for the defender.