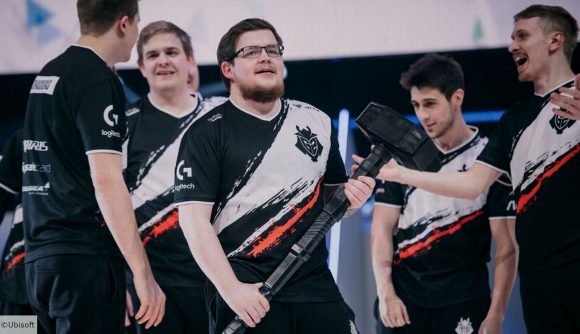 Reigning champions G2 Esports will get a shot at retaining their Six Invitational title after being invited as the 16th and final team for the 2020 competition.

Despite disappointing in the European qualifiers and not managing to secure a spot through majors or the Pro League, G2 will still get a shot at the title once more after being as the sole invited team. The team swept Team Empire, who are one of the solid favourites for the 2020 title, 3-0 in last year’s final after being dominant throughout that season. However, since lifting the trophy last February, the team has not enjoyed the same level of success, with its best showing being a second place finish at the Six Major Raleigh, in which Team Empire got its revenge.

G2 players appear to recognise how lucky they are to be at S.I. 2020 after an underwhelming year, with Niclas ‘Pengu’ Mouritzen tweeting: “We are the invited team to attend the biggest event of the year, which we failed to qualify for. We shouldn’t even be there and we do not deserve it. However, this is a chance for us to show if we really are washed and a great opportunity to engage with fans.”

The gang is back 🤡

The prize pool for this year’s Invitational has yet to be confirmed as it will once again be supplemented by fans purchasing the Road to S.I. Battle Pass that launched yesterday in Rainbow Six Siege, but will be a maximum of $3,000,000; that’s a million dollars more than last year.

All the 2020 Six Invitational groups can be found below.

The 2020 Six Invitational kicks off on February 7 and concludes February 16.