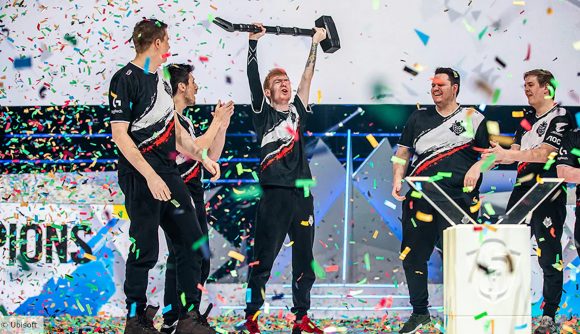 G2 Esports’ is trying to get its Rainbow Six Siege team back on track by hiring a new analyst. But Jack ‘Fresh’ Allen isn’t just any analyst, he’s one that’s worked his way up the ranks alongside caster Michael ‘KiXSTAr’ Stockley while working full-time as an accountant for content creators.

His appointment by G2 might have been leaked accidentally by casters during a match between Forze and Natus Vincere, but after writing a post confirming his position at G2 Esports, he’s raring to go. Speaking to The Loadout, Fresh says the move is the biggest of his career so far and that he wants to help G2 claim the top spot again.

“G2 is a huge step up, normally players would conventionally move through the leagues from a national league to challenger league and onto Pro League,” he says. “The analysis is, however, something that you can do to a Pro League standard no matter what league your team plays in. I worked hard and learned everything I could from those that would teach me.

“I want to help G2 get back on course and stay at the top. I’m learning as much as I can from both Sua and Shas at the moment, just trying to better myself.”

G2 Esports is one of the most successful Rainbow Six Siege organisations to date. However, G2 has struggled to perform recently and after two turbulent seasons in the ESL Pro League, G2 failed to qualify for this year’s Invitational which takes place next month. The team still has a chance to play in Montreal but only if Ubisoft gives them the last direct invite to the tournament.

Regardless, G2 is clearly doing everything it can to change the new-look squad’s fortunes and it will be fascinating to see whether the heavy focus on infrastructure will improve the team’s performance online.