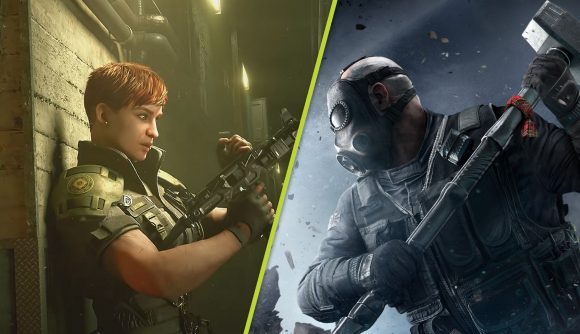 Feb 22, 2022 The petition calling on Ubisoft to relocate the UAE major has surpassed 10,000 signatures. This article has been updated to reflect this.

Members of Rainbow Six Siege’s competitive community have criticised developer Ubisoft following its announcement for the next year of Rainbow Six esports, which revealed that the United Arab Emirates would play host to the second major of the 2022-23 season.

During the final day of the 2022 Six Invitational, in which TSM earned its first SI title and lifted the famous sledgehammer trophy, news dropped that the UAE will be a host country for a Rainbow Six Siege event. The excitement around TSM’s win was marred with a fair amount of disappointment. The criticism stems from the UAE’s anti-LGBT laws, which many are worried will endanger the safety or exclude certain members of the Siege community, including notable casters and on-screen talent.

EqualDex’s LGBT Equality Index, which ranks countries based on their attitudes towards LGBTQ+ people, places the United Arab Emirates as the third-worst country in the world, sitting above only Afghanistan and the data-less North Korea. The Spartacus Gay Travel Index for 2021, a similar rankings system that “measures the legal situation and living conditions for members of the queer community” in various destinations, ranks the UAE 195th out of 202 countries and territories.

Ubisoft employees have also expressed their disappointment that the developer has decided to host an event in the UAE. A narrative writer and a user experience designer, both working on Siege, describe it as “a slap in the face”.

Many feel that Ubisoft’s decision to go to the UAE for a major goes against its recent efforts to increase the visibility of marginalised and underrepresented groups, which includes adding Siege’s first openly-gay operator, Flores, to the game last year.

As well as the criticism on social media, a petition is now circulating calling on Ubisoft to find a new host for the major. At the time of writing, the petition has attracted over 11,000 signatures.

Due to the backlash, many are anticipating that Ubisoft will backtrack and reschedule the major, including two-time Six Invitational winner Fabian ‘Fabian’ Hällsten.

What time today do you think Ubi announce they moved the UAE major? It is crazy to me a blog post saying we go to a country with those laws go live while playing a memorial for the most caring man our scene have ever had. Our talent roster got a slap in the face. Support them.

So far, Ubisoft has not commented on the criticism towards the UAE major. The Loadout has reached out to Ubisoft for comment on the community’s reaction to yesterday’s announcement.