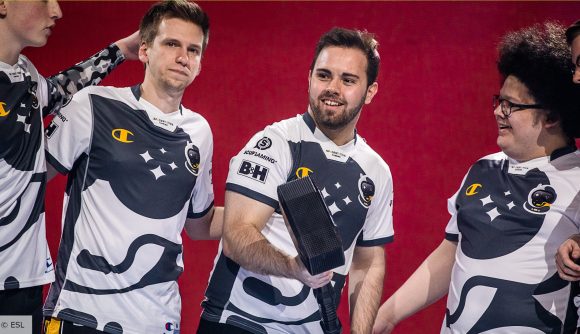 Like all esports titles, Rainbow Six Siege is exploring new ways to make its competitive scene self-sustainable. Two years ago, Ubisoft started that journey by introducing a revenue sharing pilot programme, which has been expanded twice since then. However, that program has now reached the end of its pilot stage and Ubisoft is ready to roll it out to every single team – and more.

In an interview with, Siege’s esports director Wei Yue says the Rainbow Six Siege team wants to think bigger than the revenue share system, which is built around micro-transactions, and build a “robust system.”

“Moving forward with phase three of the program – it’s no longer a pilot program, it’s established and planned for the next four years,” Yue says. “We’re increasing the amount of teams in every region that will be part of this program.

“But we also want to go beyond the idea of revenue share, it’s really a self-sustained ecosystem and we’re involving the players, the content creators, and the teams; we want to build a robust system.”

On top of the revenue share system, which is now being rolled out to all 44 teams in the top tier of Siege esports, Ubisoft has the Road to SI system, which has a cap of $3,000,000 and boosts the prize pool of the Invitational. Ubisoft actually raised much more for this year’s tournament, so the money will be reinvested back into the scene, and more opportunities for crowdfunded tournaments will be investigated in the future.

And although that system is being used by many other titles, there’s a level of openness that’s not found in many other places. Ubisoft doesn’t dictate regionalisation of teams – so if a new organisation looking to move into the scene wants to play in a different region to its based, then that’s entirely possible in Siege.

This is something that Yue believes makes Siege so attractive. He hints that a lot of “big organisations” are already exploring the possibility of joining the scene, which only confirms what we know: Siege is here to stay.