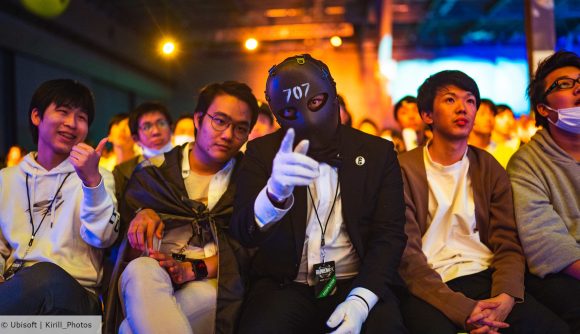 There’s a lot to sink your teeth into following the conclusion of the Rainbow Six Invitational, but one of the most exciting things for esports fans are the changes Ubisoft is making to the format and the structure of Siege’s esports scene.

As our sister site PCGamesN reports, Ubisoft is pushing Rainbow Six Siege towards better regionalisation. The different competing regions have all been painted with the same brush for years. When it comes to the level of support some regions get, this can be problematic. So to counter some of these issues, APAC is being split into two online groups. The first will have Japanese, Korean, and Southeast Asian teams forming a highly competitive league, and the second will be formed of purely Oceanic teams.

Over in the LATAM region, two more teams will be added to create a ten-team LAN league which will be played in Mexico. Rainbow Six Esports will also expand into Argentina, Peru, Chile, and Uruguay, with those countries split into three divisions.

The EU region will turn into a ten-team league and there will be separate US and Canada divisions in NA.

Of course, such drastic changes means that Ubisoft also needs to iron out its ranking system. So, from now on, a new global ranking system will determine which teams will compete at future Majors and Six Invitationals. Rainbow Six Esports seasons will be split into four quarters, with three Majors, and one Six Invitational.

Teams will compete for points in leagues and tournaments, which like Dota 2, will determine who will qualify for the tournament ahead. This should create a better ecosystem for competitive Siege in which the best teams go head to head on the biggest stage.

In addition to this, the pilot program, Siege’s revenue sharing scheme, is also being expanded to cover all 44 professional teams.

While Ubisoft has made a lot of changes for the next season of Rainbow Six Siege esports, it is for the better. Teams can feel confident there’s a future for competitive Siege now that it’s fully backed by the developer.