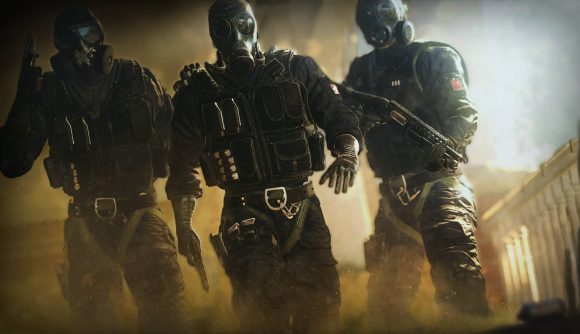 Ubisoft has filed a lawsuit against a group of people it believes was behind a series of DDoS attacks on Rainbow Six Siege’s online services. The suit alleges that SNG.One provided the tools necessary to users for the attacks, which allowed them to disrupt and cancel online matches.

Ubisoft was forced to take action after cheaters worked out a system to force players to quit the game, helping them avoid losses online. New measures to counter the DDoS attacks were introduced last year, helping cut the attacks by a staggering 93%. Ubisoft also banned a number of Siege players for taking advantage of such services.

Ubisoft’s lawsuit, which was filed in the Central District of California, lists 14 defendants, of which ten are unnamed. Polygon, which obtained the court documents, also report that of the named defendants, two live in Germany, one in Nigeria, and one in the Netherlands.

“The DDoS Services represent an enormous threat to R6S and Ubisoft,” the court documents read. “The DDoS services have caused, and are continuing to cause, serious and irreparable harm to Ubisoft, its valuable player community, and its business interests.”

Ubisoft alleges that SNG.ONE sold lifetime subscriptions to its premium services for 270 Euros and offered customer service through its site.

However, the lawsuit does not specify just how much money Ubisoft is looking to recover but the documents state that the company should be entitled to “all unlawful proceeds” from the SNG.One, all attorney and investigatory fees, and “punitive damages” under the California penal code for computer fraud.

SNG.One did not respond to Polygon’s request for comment.