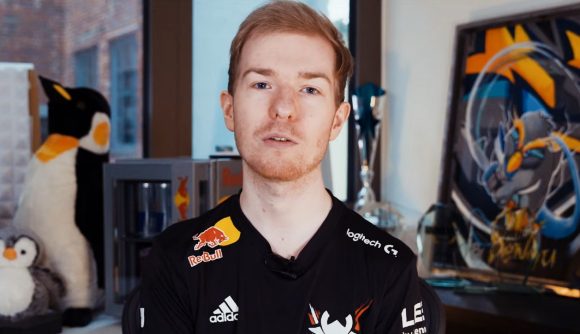 While his days of competing full-time are now behind him, ex-Rainbow Six Siege pro Niclas ‘Pengu’ Mouritzen appears to have taken up a role as private investigator for the competitive Siege scene.

Over the course of the last 24 hours, the former G2 star has tested, uncovered, and reported to Ubisoft several audio bugs and exploits involving C4s, grenades, rappels, and more. Pengu has also criticised some in the pro Siege community, who he says have known about these bugs and have potentially been “abusing” them in competitions (including the coveted Six Invitational) for years.

Pengu’s revelations begin with him tweeting that he had tested audio bugs that make “dropping hatches, vaulting, and ripping C4/nades” silent. He also later manages to replicate the bug to make throwing rappel ropes silent too. Following his discoveries, he then says he received several messages from pro players across multiple regions that these bugs had been in the game for “a year”, but that none of them had reported them to Ubisoft.

As more information trickles in, Pengu then claims that pros have been knowingly abusing some of these audio bugs for years. “It has now come to my attention that multiple players abused the silent vault bug at [Six] Invitationals and have known about various bugs for up to a year,” he says in a tweet. “They not only abuse it, they also keep it as secret as possible to make it exist for longer.”

After doing some testing I can 100% reproduce silent dropping of hatches, vaulting AND ripping c4/nades

Siege sound is actually in shambles this patch, more than ever, it’s not just randomly, it’s 100% reproducible in a forced manner. Prob has for way longer than Ive known

With the help of the community, Pengu also manages to test these audio bugs on older builds of the game. He claims that while the audio issues were not present in the vanilla version of the game, they began to appear at some point around Operation Health – the massive gameplay overhaul update that was released all the way back in June 2017. This means some of these audio bugs could be up to four years old.

And this is from OP health. pic.twitter.com/QrIeeJIM1L

The replicability and age of these exploitable bugs are concerning, and Pengu is certainly not impressed that pro players have allegedly been keeping some of them secret for years.

The Loadout has contacted Ubisoft for comment on whether it is aware of the issues identified by Pengu and its policies around gameplay exploitation in Siege esports.