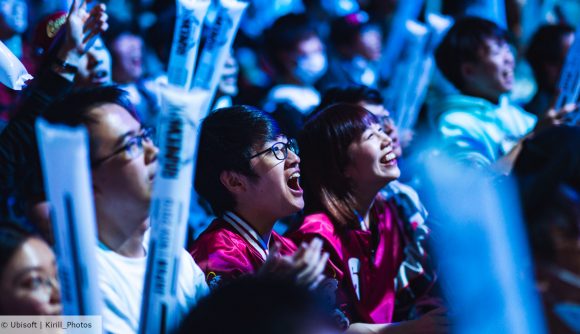 October 21 Ubisoft has released a statement explaining yesterday’s situation and has thanked teams for their understanding.

Rainbow Six Siege updates usually bring some pretty big changes to the game and yesterday was no different. However, while the majority of players dived straight into the patch notes, the professional scene in the APAC region was thrown into turmoil.

That’s because the Y5S3.3 patch was dropped in the middle of the APAC North Stage 2, which was being streamed live on Twitch. As a result, organisers were forced to end the livestream early to allow the final two matches to be played on the old patch.

Although this decision was made to protect the competitive integrity of the league, many fans were left wondering why Ubisoft had decided to release the patch during such an important time for the competitive scene. GUTS Gaming, FAV Gaming, Scarz, and Electrify Esports did manage to complete their games off-stream, but the interruption has left a sour taste in the mouths of many players and fans – especially those who were looking forward to watching their team compete.

The contents of the patch are pretty game-changing and will affect Rainbow Six Siege ranked too. Russian marksman Glaz has been buffed, shields have been completely nerfed, and weapons have been swapped between operators.

📢 In order to uphold the competitive integrity of our league, the final two matches of #R6APACL Playday 9 will be played off-stream, to allow the teams to compete on the old patch.

The stream today will be ending with @FNATIC vs @norarengou.

After The Loadout contacted Ubisoft for a comment, we were provided with the following statement: “It is an absolute priority for Ubisoft to offer the best experience to our players, both casual and competitive, and that’s why all of our updates are executed at the moments that have the least negative impact possible. Even with the most thorough planning, however, in some circumstances these updates coincide with competitive tournaments, producing undesired consequences.

“In order to uphold the competitive integrity of our league, we decided that the final two matches of APAC League Playday 9 would be played off-stream in order to allow the teams to compete on the old patch. We are thankful to the involved teams for their kind reaction and their understanding.”