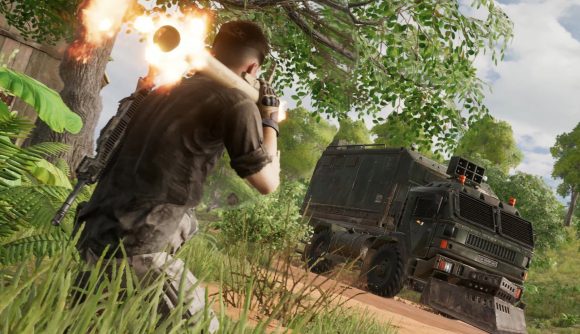 After years of fan requests, ranked mode finally arrived in PlayerUnknown’s Battlegrounds earlier this year. While that was positively received, it was immediately met head on with another request: ranked solos. The developers have confirmed that ranked solos is being worked on, but that the idea is for the new mode – whenever it comes – to not damage the other modes in the game.

“Since ranked mode was introduced to PUBG many of you have been asking for the addition of ranked solos,” the developers say on Twitter. “We want you to know that we’ve heard your request loud and clear, and are actively working on the best way to add ranked solo without harming the health of other queues and modes.”

Henrik ‘WackyJacky101’ Kjærulff, one of the leading content creators and YouTubers in the PUGB scene, has some suggestions on how to implement the mode, including expanding from 64 players to “at least 80.”

PUBG typically uses 100 players per round, although earlier this year, it introduced Karakin, a smaller map which only includes 64 players. When PUBG ranked mode was added in the 7.2 patch, it too was limited to 64 players.

While the idea was to raise the intensity of play – and limit the need for bots, which do not feature in ranked mode – some players feel the 64 person rounds are too empty. WackyJacky101 clearly agrees, saying keeping it at 64 for solo would be “too low.”

He does add, however, that he “appreciate[s] the communication and the focus on doing something for us solo players.” Whatever form ranked solos arrives in, it’s sure to be a welcome addition to the game, even in a lower player per round count will likely cause some grumbles.

I hope this will be at least 80 players – because 64 in solo is imo too low https://t.co/TA6rRzFLIa

Back in June, ranked game designer Maynard Price held an AMA on Reddit, announcing that ranked solos was “a high priority”, but was unable to provide a date. This latest update also stops short of confirming a date, but suggests development of the mode is substantially further along.

It sounds like sooner rather than later, chicken dinner for one will be on the menu, but who knows how many you’ll have to fight off to get there.