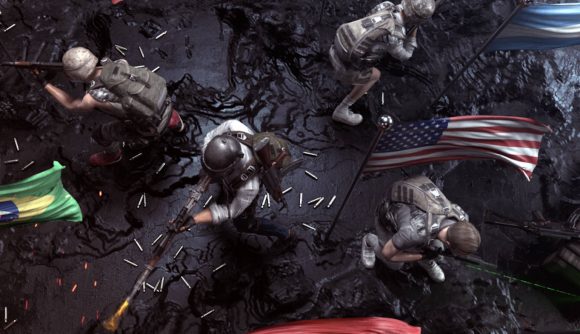 Grenades have been the subject of intense scrutiny by PlayerUnknown’s Battlegrounds fans over the last couple of months, with everything from effectiveness and utility limits being discussed. However, it looks like PUBG Corp has finally decided to take action in PC update 6.2 by changing the way frags, smokes, stuns, and molotovs work on the battlefield.

Frag grenades have by far received the biggest change to their makeup. Now frags will deal 20% less damage to prone players, pulling the pin is more audible, and vests will mitigate damage received from frags. Frags also weigh 50% more with a single grenade taking up 27 inventory capacity, rather than 18. This should stop players stocking up on grenades on small maps like Karakin and causing chaos in the final circles.

The fuse on smoke grenades has been made shorter, meaning they’ll pop a lot faster so you can get away quicker, and stun grenades have a much bigger indirect hit radius. The ringing sound from these grenades will impact players through walls – similar to that of the frag grenade – and a default fuse timer has been added.

The spread of fire from molotov cocktails will happen much faster now and will affect a bigger area. So if you throw it in a wooded area, for example, the fire is more likely to lick the base of the furthest tree in the radius, giving you a better chance of burning players. The flames have also been made taller and players will receive an addition 10 damage per second if they step in it.

The update also adds the arcade and team deathmatch to the game, which was accidentally leaked by PUBG Corp when the feature was added to live servers by mistake. The mode, which is stretched across eight small battlefields, will pit eight players against eight in a race against the clock.

Fixes for a peeking problem, which was highlighted by WackyJacky101, have been implemented, as well as blue zone, blood effects, and parachute changes. Karakin’s loot has once again been tinkered with, but the good news is that the G36C and the the MP5K have been added to the map too.

The second round of testing for the game’s skill-based matchmaking system has also arrived. The test starts today (February 19) and lasts until March 4.