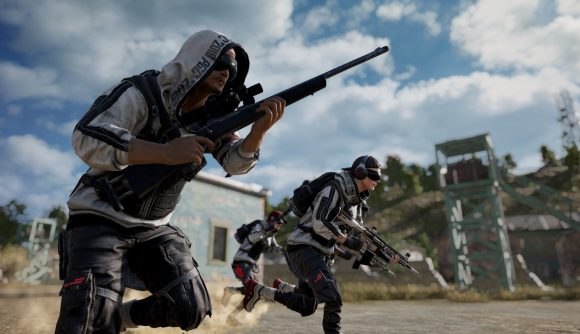 It looks like team deathmatch coming to PlayerUnknown’s Battlegrounds is all but confirmed after the mode was accidentally pushed to live servers. Professional player Russell ‘Xtreme’ Walters spotted the new addition, which was filed away under a new Arcade tab, before it was removed earlier today.

Team Deathmatch has been rumoured to be coming to PUBG for a while. Dataminers like PlayerIGN have been following references to the the game mode for a while now, although nothing as concrete as this has ever surfaced before. The first-person perspective mode will pit eight players against eight on a random map, and players will have set loadouts to choose from.

Players will respawn near teammates after they die and be invincible for a short period of time. Players will also be granted a TDM boost while killing opponents which will heal large amounts of health if damage isn’t taken for a certain period of time.

Xtreme’s screenshot also indicates that we’ll be seeing two new modes added to PUBG soon too, although any reference to the Arcade has been removed after PUBG Corp put the game through emergency maintenance.

The developer hasn’t commented on the mode just yet, but given it was accidentally pushed to live servers, we shouldn’t have that long to wait to get close and personal on the battlefield.