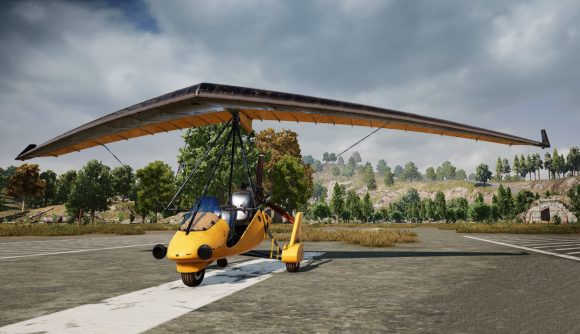 When PlayerUnknown’s Battlegrounds gave us the ability to take to the skies in Season 6, we did so with pleasure. But it looks like there are some ace pilots among us because, according to new stats released by the game’s development team, over 10,000 players were killed from the air during the Shakedown season.

But taking to the skies also comes with a cost. PUBG Corp recorded 3,644,875 glider crashes during the same time period, suggesting some of us either need to hand in our licences or go back to flying school. But overall, the stats paint a pretty picture for the game’s last season.

More than 753 million players punched their ticket to Karakin during the season, and like our Karakin drop guide suggests, Bashara, Bahr Sahir, and Hadiqa Nemo were the top destinations for the budding battle royale tourists.

In that time, more than two billion rocks were thrown and 12 million chicken dinners were recorded. Impressive stuff.

How many ace pilots managed a kill from the Motor Glider? Just how many chicken dinners were served on #Karakin?

Find out some of the fun stats surrounding Season 6 in our end of season infographic! pic.twitter.com/jmypEIW1Yw

The dust has now settled on Karakin, though. Vikendi is back for Season 7 with less snow and a moving train, so you better act quickly if you want to be a part of PUBG’s next round up of stats.