PlayerUnknown’s Battlegrounds ranked mode has been a part of the game for a few weeks now, and while many streamers and competitive players are already getting to grips with the new ranking system, its inclusion has caused quite the stir online.

Fans of the battle royale, which was first listed on Steam three years ago, have been crying out for a fully fledged competitive mode for years, but their prayers were only answered in May of this year. The newly added PUBG ranked mode, which uses the SUPER esports ruleset, replaces the previous Survival Title system and works a little bit differently to its predecessor – and not everyone is sold on it.

Add that into the mix with the controversy surrounding the addition of bots, which are there to solely help new and low-level players in normal game modes, and it’s been an interesting couple of weeks for PUBG Corp. So to find out more about the recent updates, the community’s response, and future plans, we spoke with Brian Corrigan, the head of NA at PUBG Corp.

The Loadout: Bots and ranked play were added to PUBG as part of Season 7. What inspired these changes?

Brian Corrigan: Bots were added to support new players, and also further reinforce the difference between normal mode and Ranked Mode. While they’ve been controversial for some players, other players are enjoying them quite a bit. We have a lot of work left to continue to balance the blend of PVP and PVE, and also a lot of work to do in order ensure the PVE system provides the right level of challenge for players of all skill levels.

Do you think the addition of ranked is likely to attract players who have moved onto other battle royales back to the game?

It’s definitely possible, but if you look at the genre there’s more variety in the genre than just the existence (or lack of) ranked mode. PUBG has always been unique; the maps, the pacing and the gunplay are some of its defining characteristics. Ranked doesn’t really change those things. If anything ranked emphasises them even more by requiring you to master each area in order to achieve the Master tier.

Is there a reason why the team decided to focus on individual placement rather than an overall team placement like in other battle royales?

First, I just want to be clear that we are planning to change to team placements in Season 8. However, to answer the question, there were really two important decisions that had to be made before we could make the switch. Neither of these were finalised at the time ranked mode launched for Season 7.

First, to make team placements work correctly we first needed to decide how we wanted to keep players around after they died. One option is to delay the end of game celebration until after the team died. This could mean that a player was already in another game when the first match ended. We had done that early on when the game was young, but nobody thought the experience was good, and we all considered it a sub-par experience. Eventually we consulted with our esports players, and decided to let the algorithm reward players for spectating. Spectating is a critical skill in the pro scene and it felt right that we should teach it to players who might not really understand it from normal play.

With that done the next decision was a technical one. We needed to change a bit of the statistics gathering system to account for the additional logging data. All of this came together pretty quickly after Season 7 launched, but ultimately we decided this could wait for Season 8 and it wasn’t a reason to remove ranked mode from Season 7.

Are there any plans to introduce solo and duo queues? If not, why?

We’d love to, but the problem is that when compared to squads there are simply much fewer solo and duo players in the normal mode. For decisions that affect matchmaking, while we can have an opinion, in the end players vote with their play time and right now they’re choosing squads. We will continue to monitor it however, and if things change it’s something we can do pretty quickly. 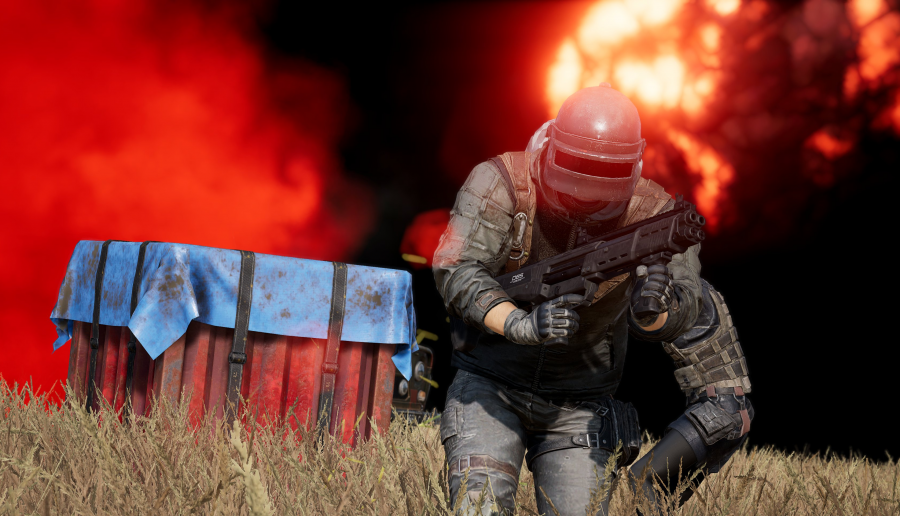 PUBG Corporation also apologised a few weeks ago about the lack of communication over changes and community issues. There’s definitely been an improvement – what was the turning point?

Although people imagine PUBG Corporation as a huge company, we’re really pretty small compared to other teams. It’s hard sometimes to move as fast as we do and ensure our own teams are aligned internally, let alone align all of the community teams so that information can be shared with players. We’ve been optimizing communication a lot, and also empower community teams around the world to act more autonomously. It feels really great to see it come full circle and I’m really happy you noticed.

Is there anything you’d like to say to the community about Season 7 or future plans?

Season 7 is starting to wrap up, but we have some a lot of new things coming in Season 8. Expect more mayhem to ensue.