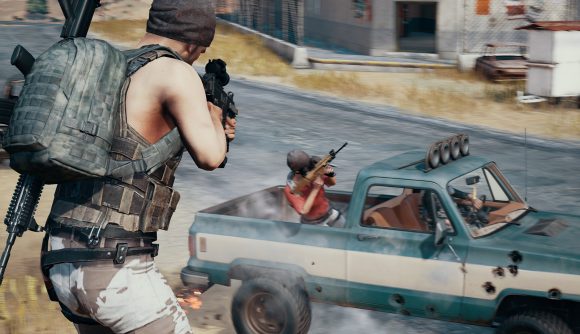 PUBG Lite was trialled in Thailand earlier this year, but servers are now being rolled out worldwide. As of today, October 10, the gritty shooter will be available to play in Europe and Russia, and for many, it’ll be the first opportunity to try out the game that set the battle royale genre alight.

Currently PUBG Lite only allows players to drop into Erangel, PUBG’s launch map, but there are plans to bring the other three maps to the game eventually. There’s also the option to go it alone or with friends, with the game’s solo, duo, and squad modes.

And if setting out to win chicken dinners game after game isn’t enough to satisfy your appetite, PUBG Lite even has a team deathmatch mode that splits the lobby into two 50 player teams.

Just don’t expect it to look like a beautifully crafted AAA game. PUBG Lite is optimised to be able to run on age-old systems that have integrated graphics, and for those of you who’ve never had the chance to play PUBG on PC before, or who don’t fancy forking out $29.99 (£26.99) for the experience, PUBG Lite is the perfect experience.