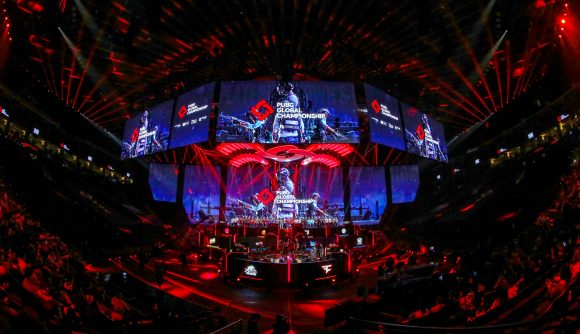 The first big PlayerUnknown’s Battlegrounds esport event of the year has been postponed due to fears over coronavirus. PUBG Corp made the decision to delay the PUBG Global Series event, which was due to take place in Berlin in April, to protect the health of players, employees, and fans.

The decision is likely to affect the event’s qualifiers, although PUBG Corp is yet to announce when and where these will be played. The news follows on from the company’s decision to postpone the Chinese qualifiers until further notice.

In a statement, PUBG Esports says: “With the health and safety of our players, employees, and fans as our top priorities, we’ve made the difficult decision to postpone April’s PGS: Berlin event. The dates and times of regional qualifiers may also be subject to change. The plan to host four PUBG global esports events in 2020 remains unchanged, and we are actively exploring options for when a replacement event can be held.

“We will provide updates once we have a better understanding of the best options for esports fans, players, and staff. We thank you for your patience and understanding as we navigate this situation.”

Since coronavirus has been declared a global health emergency, a number of others esports organisers and publishers have been forced to cancel or delay events with immediate effect. Blizzard has indefinitely postponed the Chinese Overwatch League events, and the League of Legends Pro League has been delayed.

However, despite the disruption it’s causing, a number of organisations, PUBG Corp included, have donated money to charities fighting the virus on the front line.

Since its outbreak, there have been more than 40,000 cases of the virus globally, although the rate of new infections seems to have stabilised. More than 900 deaths have been recorded, according to the latest figures.