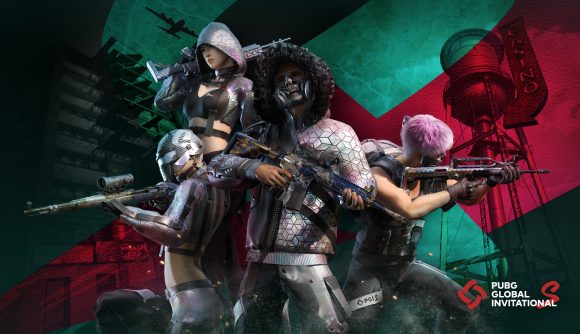 We’re now just days away from the start of PGI.S, PlayerUnknown’s Battleground’s first offline event in a year. With 32 teams competing across eight weeks in a series of chicken dinner challenges in South Korea, getting everything ready has been a mammoth operation for PUBG Corp.

Although the tournament officially starts tomorrow (February 5) with the rank decision matches, PUBG Corp has been busy for the last couple of weeks, meticulously planning for the arrival of players amid a global pandemic. While organising the tournament has been quite stressful, PUBG Esports’ team lead, Hyeonseop Jeong tells The Loadout during the PGI.S media day that it’s all worth it.

“It wasn’t easy managing the players flying into Korea,” he says. “The moment they step out of the plane inside the airport, everywhere they go we have to manage entirely. This is no easy feat because not everyone speaks Korean, and we had to make sure everyone kept safe.

“But this was all possible thanks to the players. They were very cooperative, supportive, and actively followed our guidelines and preventative measures. Without them, we wouldn’t be able to make any of this happen.”

Over the course of the next eight weeks, the teams will need to follow strict COVID-19 guidelines. Players will have to wear temperature patches and masks at all times, and they will also be required to take four PCR swab tests during the course of the tournament. If a player tests positive, they will be placed into immediate quarantine and given medical support right the way through until they leave the country.

Despite having a “set of guidelines for every unexpected event”, the PUBG Esports team is looking forward to the tournament ahead. With 156 games, a $3.5 million prize pool, and a new intriguing format, PGI.S should be an exciting start to the 2021 PUBG season – especially since it’s now the first of four big tournaments this year.

You can watch PGI.S from February 5 – March 28 in game or over on Twitch.