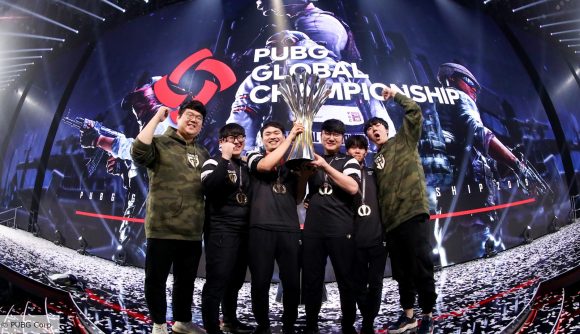 PlayerUnknown’s Battlegrounds esports has seen a huge investment this year, with the introduction of multiple regional leagues, mid-season international events, and the PUBG Global Championship – but that investment might not have paid off.

Stats from the recent PGC event in Oakland, which Gen.G won, show that the streams only hit a peak of 186,000 viewers online, and if you compare that to the first iteration of the tournament, the Global Invitational, which pulled in a peak of 759,000 viewers in June 2018, it looks like PUBG esports just isn’t hitting the mark anymore.

Arguably, the Global Invitational celebrated true competitive PUBG at a time where the game – and battle royales in general – were at the height of popularity, but this huge decline, as reported on by Esports Charts, is a worrying prospect for the future of PUBG esports as a whole.

Of course, this year’s final was hosted on the West Coast, with the time zone lending itself to awkward viewing times for the rest of the world –  especially the engaged Asian audience, but not even the Nations Cup hosted earlier this year, could hit the heights of PGI.

Despite the concerning stats though, PUBG Corp is celebrating its year in esports. Even though team-based skins had to be scrapped for the Global Championship, the team secured a $6 million prize pool for the tournament, which was boosted from $2 million due to fan contributions from skins. If anything this proves that although the landscape of the games industry may have changed, PUBG still has loyal fans who want to support the competitive scene.

“This has been an amazing year for PUBG Esports, and seeing all of the top talent across the globe compete for a fan-supported prize pool and ultimate bragging rights really encapsulates everything we set out to accomplish,” Jake Sin, director of central esports, says in a press release.

“The PUBG Global Championship provided excitement for our players, fans and community, and we’d like to congratulate Gen.G and the rest of our competitors for making this an incredible event!”