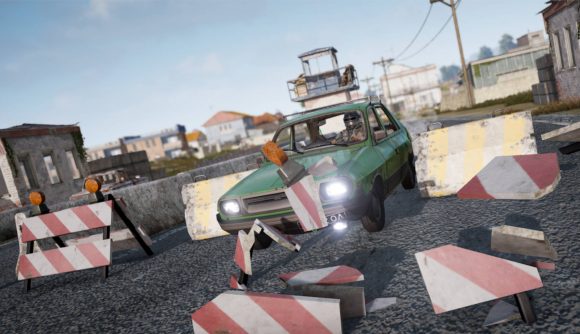 A North American PlayerUnknown’s Battlegrounds team almost missed out on a spot in the PUBG Global Championship finals after one of their players was thrown into the air by a Dacia glitch.

Alex ‘CherryPoppins’ Penner of The Rumblers careered into a side of a building on Miramar during the early game of one round, but instead of coming to a halt, his Dacia was thrown into space, before exploding seconds later. Shortly after, two of his teammates were picked off by WClick, leaving only one alive to try and scrape valuable points.

The Rumblers finished the semi-finals in seventh place, enough to secure a place in the grand finals in Oakland next weekend, but CherryPoppins isn’t too thrilled with the whole experience.

“Imagine experiencing a massive bug that cost you a crash/fight in a tournament that’s over three million dollars,” he says on Twitter.

According to Dexerto, the lobby could have been remade as CherryPoppin’s death was the first of the game, but for whatever reason decided not to.

With the final 16 teams confirmed for the finals, we’ll have to wait and see who will win the ultimate chicken dinner in Oakland next week. Let’s just hope there aren’t anymore Dacia crashes.