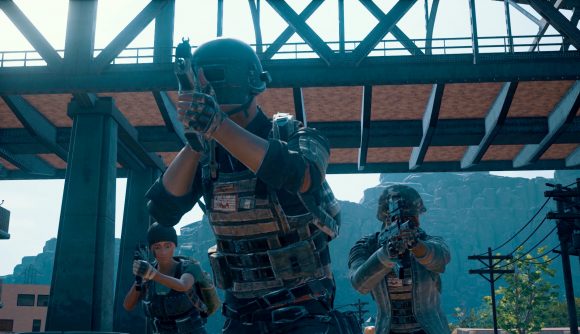 The studio designer for PlayerUnknown’s Battleground has hinted new maps will be coming to battle royale next year. Brian Corrigan tweeted out a picture of the current maps hanging on his office wall with the caption: “I’m going to need new nails next year.”

Traditionally, PUBG Corp adds a huge update in December, and so far the developer has been pretty scarce on details but if this tweet is anything to go on, we might just see something new soon.

In December 2017, PUBG left early access and introduced its dusty desert map, Miramar, to the game. Then in December 2018, six months after a cryptic E3 trailer, Vikendi, PUBG’s snow map, was added to the live client.

Recent updates for the game have focused on reworks for Erangel and Miramar, while loot has been balanced on all four maps. But unlike previous years, we haven’t been shown anything about a new battleground. Of course, if a new map is coming, it’ll have to be tested, which is maybe why Corrigan says next year.

Rumours about a map based on Venice, Italy, have long been discussed by fans on Reddit, although it’s unclear at this stage whether ‘Venizia‘ might be the new map headed to live servers in the next few months.

Either way, with player numbers dwindling, a new map might be exactly what the battle royale needs to bring the game back to its heyday of classic kill or be killed gameplay.