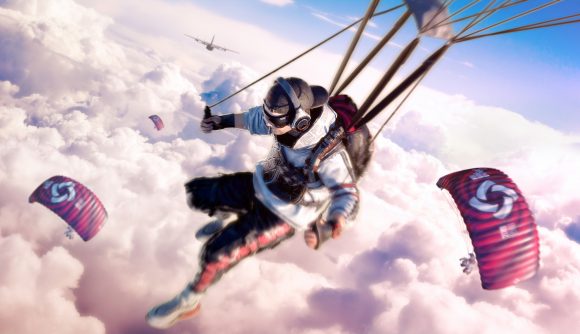 PUBG Corp has amended the milestones for the Community Mission system in PlayerUnknown’s Battlegrounds, after players failed to pick up the expected number of DVD fragments. The fragments, which were introduced as part of Patch 5.1’s Survivor Pass: Badlands, allow the community to unravel the true story behind Miramar.

A single disc piece counts as one point toward the missions goal, a broken disc counts as two points, while an old DVD counts as three points. But as notorious PUBG Dataminer, PlayerIGN has already pointed out, it looks like PUBG Corp has seriously overestimated how much time its playerbase would spend looking for these old discs and the cardboard boxes they’re hidden in.

Now, instead of asking the community to find the equivalent of 1.95 millions discs to unlock the last bit of Miramar lore and the Hexadeathimal level two helmet, players have to find 1.3 million instead.

Although the community mission stirred a lot of interest and team spirit at the start of the patch, the change to the overall goal suggests people have quite frankly lost interest.

New S5: Milestones got updated, looks like PUBG overestimated how many dvd’s people were going to collect pic.twitter.com/SobpejM4Jr

When you’re hot dropping in Pecado, there’s more important things to find than mysterious cardboard boxes. Whether the change to the missions will reignite the fire for Miramar lore remains to be seen.