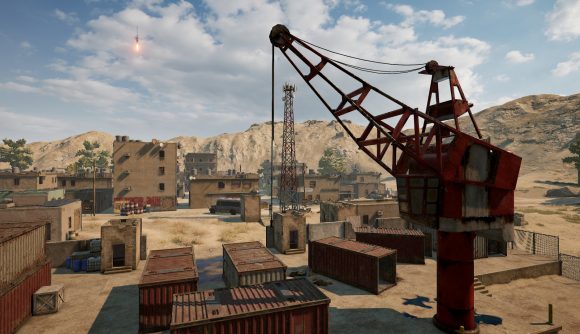 Close-quarters combat and deadly black zones await survivors looking for chicken dinners in PlayerUnknown’s latest map, Karakin. Although players appear to be enjoying the battle royale’s 2x2km map, PUBG Corp has already had to increase the loot rate on the island following complaints from the community.

The fast-paced nature of this small map means players were limited to the type of gear they would encounter ground before being engaged, with many complaining about the lack of sights and sniper rifles. With so much open ground to cover, players were at a natural disadvantage if they landed in a busy or low loot area.

To counter this, PUBG Corp has increased the number of 2x, 3x, and 4x, scopes, healing items, and sniper rifles and DMRs above ground. The amount of melee weapons, canted sights, and magazine attachments have been decreased based on feedback too.

“We understand and agree that feeling a need to rush and breach a tunnel each match to get that sweet, sweet loot didn’t feel great,” Hawkinz, PUBG’s community manager, says on Reddit. “So, we’ve increased above-ground healing and boost items, as well as scopes to get you battle ready quicker. We hope this will allow you to explore Karakin more freely without feeling required to breach a tunnel just to find enough of that sweet, sweet loot to survive.”

The changes are effective immediately on PC, although console players will have to wait a little while longer before this is implemented. In the meantime, get acquainted with the best places to drop and loot on Karakin.