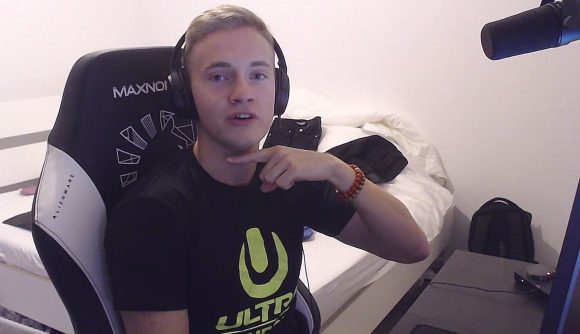 PUBG player Jim ‘Jeemzz’ Eliassen is used to getting impressive kills, but it’s unlikely he’s ever got one quite as flamboyantly as this.

The Norweigan, who plays the battle royale professionally for Team Liquid, hit an incredible motorcycle trick shot live on stream. Jeemzz hops on his bike and starts heading towards an enemy team, but decides to go for the aerial approach. He hits a ramp at full speed to get some big airtime, swaps to the motorcycle’s sidecar and proceeds to gun down an enemy from above with a Beryl before switching back to the riders seat.

“Let’s go!” Jeemzz shouts following the elimination. “That was a nice one.” He then praises his teammates callouts, saying: “That was good info I knew where to look. I knew exactly where to look when you said it.” The clip – which wouldn’t look out of place in a Bond movie – has been viewed nearly 2,000 times.

Jeemzz was part of the Team Liquid side that recently came second in the in Phase 3 of the PUBG Europe League, losing out in the final to FaZe Clan.