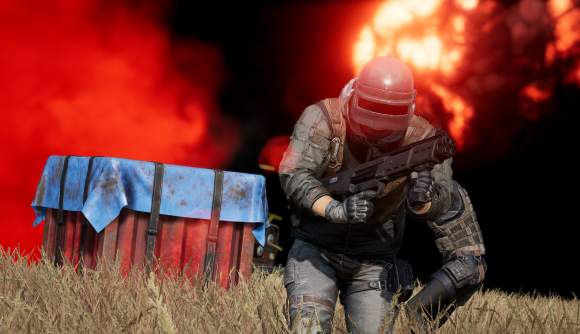 PlayerUnknown’s Battlegrounds has been getting a few new additions recently, with the rework of Erangel and addition of the Badlands survivor pass in the last few weeks. Now it looks like the battle royale game is set to get a clan system, if this leak by prominent dataminer PlayerIGN is to be believed.

PlayerIGN found a number of game files hinting at a new clan-based system. According to the dataminer, who’s got a pretty good track record and helped leak the new PGC skins ahead of time, a clan will cost 5,000 BPs to create, and could be linked to the new ranked mode we know is coming to PUBG.

Clan names will be limited to 2-15 characters, while the shortened tag can only be 2-4 characters. Only 20 members will be permitted to join the clan, and there appears to be a section for recruits and resumes. Although we’re not entirely sure on how this will work at the moment, files indicate that you’ll be able to apply for clans by sending a resume – possibly your in-game stats.

According to PlayerIGN, the files were discovered after his Discord group noticed a ‘no clan’ label in the leaderboard. Although they’re not sure when exactly the files were added, the group are sure it’s between now and three months ago, although the resumes and recruits part is definitely new.

[Also ‘No Clan’ labels were found on the Leaderboard (removed)– Clan could be linked with the new Ranked] pic.twitter.com/Yd2osfZ4cS

The dataminer currently has no idea if and when the clan system will be making an appearance, so for now, you’ll have to keep your witty chicken clan names to yourself.