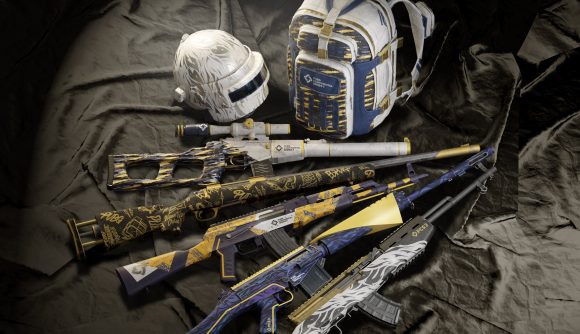 The dates for the third PlayerUnknown’s Battlegrounds Continental Series (PCS3) tournament have been scheduled for November.

Just like the previous series, the PCS3 is broken down into four regional tournaments across North America, Asia, Asia-Pacific, and Europe. The winners of each of these tournaments will receive a share of $200,000 in prize money, with $800,000 in total up for grabs across each of the regions.

Teams have the opportunity to qualify for the PCS3 Grand Final by entering a qualification round this month. The PCS3 group stage is where 24 teams will fight each other for one of the coveted places. Only 16 teams will make it to the PCS3 Grand Final, so there’s bound to be some exciting matches on the leadup to the main event. Every round of the tournament will be streamed live on Twitch and YouTube for anyone wanting to get in on the action.

Here are the dates for the upcoming PCS3 tournament:

Fans of competitive PUBG will be pleased to hear the Pick’em Challenge is making its return to the continental series. If you can predict the winners of each of the regional tournaments, you can expect to receive some in-game rewards. There haven’t been any skins for the M24 or VSS for a long time, so now might be the best opportunity to pick some up.

The PUBG Continental Series is now heading into its next leg which will determine who gets the third crown! #PCS3 will be held across four regions from Nov 5 to 22.

Check out these killer Pick'Em items! 🤤