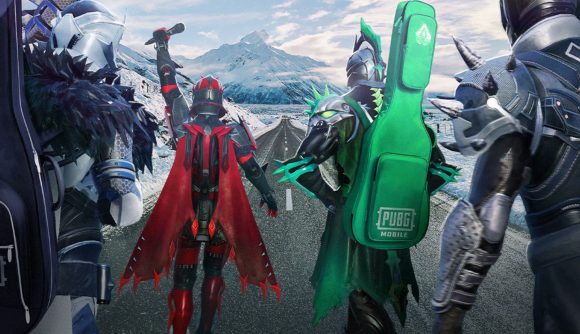 PUBG Mobile is to get its first virtual band. The band, Power4, will have its debut song ‘Nothing’s Getting In Our Way’ playing during matches. To celebrate the reveal of their song, all four members of the virtual metal band will have their outfits available for players to wear in-game.

There’s an outfit for each one of the edgy band members’ avatars. Flame Lord is the red female vocalist, Grave Lord plays the guitar, while Spike Demon destroys the drums and Wraith Lord plucks the bass. We feel the need to point out that Power4 is a virtual band, like Gorillaz, created by the team at PUBG Mobile. They are not an established band playing a concert in-game so this is not the same as what’s been happening in Fortnite, like Travis Scott’s virtual concert or Marshmello playing a DJ set.

PUBG Mobile appears to be capitalising on a trend that has paid dividends for League of Legends. The MOBA recently revealed its latest playable champion, Seraphine, as part of a collaboration with its own virtual band K/DA. The girl group’s aesthetic and music is immensely popular with LoL players, and K/DA skins and content is regularly lapped up.

We’re not really at great liberty to say whether or not the song is any good, but we will say that this female fronted metal band has some on-the-nose lyrics (the backing vocals actually whisper ‘Winner, winner, chicken dinner’).

The @Power4Band first single, "Nothing's Getting In Our Way", is now available to hear in-game! Not only that, all four of their outfits are officially up for grabs now!

If you want to give it a listen via official channels, then you can listen to the virtual band playing right now in PUBG Mobile.