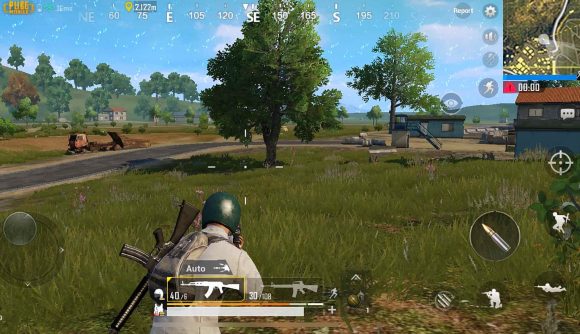 Following the Indian government’s decision to ban PUBG Mobile and 117 other Chinese apps due to data security concerns, PUBG Corp has announced how it will attempt to get the game off the country’s blacklist.

In a statement, PUBG Corp reveals that Chinese tech giant Tencent will be dropped as the publisher of the game in India, with PUBG Corp taking on publishing responsibilities. With PUBG Corp being based in South Korea, this should allow PUBG Mobile – which is one of the world’s biggest mobile esports – to be unbanned and once again accessible to Indian players. The wording of the statement does seem to suggest, however, that Tencent will continue to publish the game in all of its other markets.

“In light of recent developments, PUBG Corporation has made the decision to no longer authorize the PUBG Mobile franchise to Tencent Games in India,” the company says in the statement. “Moving forward, PUBG Corporation will take on all publishing responsibilities within the country. As the company explores ways to provide its own PUBG experience for India in the near future, it is committed to doing so by sustaining a localized and healthy gameplay environment for its fans.”

While this action would get around the parameters of India’s latest app banwave as it would seemingly prevent Tencent from accessing players’ data as the game’s publisher, Daniel Ahmad, an expert on the Asian games industry, offered some additional insight.

He claims in a tweet that while Tencent will no longer publish the game it will still continue its role as a developer. While this will not be a problem at the moment, with mobile games like COD Mobile (developed by Tencent’s TiMi Studios but published by Activision and Garena) escaping a ban so far, it could present a future obstacle if India decides to make bans even stricter.

The big issue of course is that Tencent would still be the developer. Which may not be an issue because COD Mobile isn’t banned despite being developed by Tencent.

It seems India just went after Chinese published games, which ultimately makes no sense, but whatever.

China and India have seen tensions grow in recent months following a number of incidents along their border.

While this action from PUBG Corp should see PUBG Mobile unbanned in India, the time frame for achieving this is not clear.

India is one of PUBG Mobile’s biggest markets, both for casual players and as a base for teams in its booming esports scene. Major global esports brands like TSM and Fnatic own or part-own PUBG Mobile teams with all-Indian rosters.