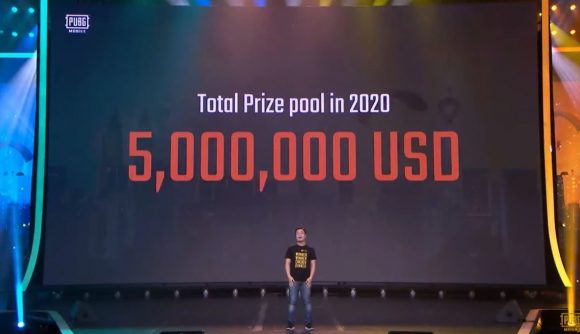 PlayerUnknown’s Battlegrounds Mobile is incredibly popular in Asia right now, so much so that Tencent is prepared to put $5 million dollars on the line for esports tournaments next year.

Amateur players will play in the Campus Championship, while semi-pros and pro players will play in the PUBG Mobile Club Open and Pro League for.These are all played at country level. Three Regional Pro Leagues will take place for the pros in South Asia, America, and South East Asia. The top teams from this league will be promoted to the PUBG Mobile World League, which is then followed by the World Championship 2020.

Like the Club Open, the World League will be divided into two splits, beginning in May and October. James Yang, the director of PUBG Mobile Global Esports, who made the announcement, didn’t say how they money would be allocated over the year, but it’s good to see Tencent has doubled the prize pool on offer next year.

With more money on the line and a dwindling interest from spectators and teams in the PC Esports scene, it’s likely that we’ll start to see some big organisations move over to the mobile scene in due course.