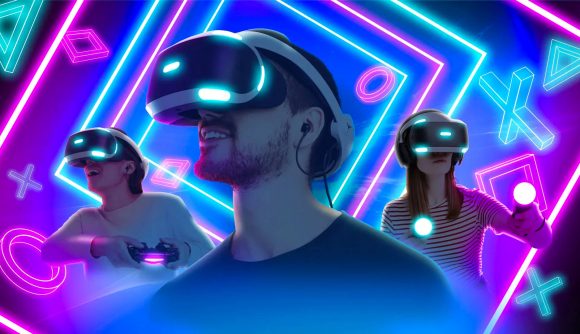 Sony has given gamers a first look at its new, next-generation virtual reality gear for the PlayStation 5, but fans of immersive experiences and bulky headsets may be waiting a while before they can get their hands on the new kit.

Sony’s senior vice president of platform planning and management, Hideaki Nishino, announced today, February 23, that Sony was working on a followup to the PSVR in a blog post. He promises “unique experiences” and “dramatic leaps in performance and interactivity” from Sony’s next-gen virtual reality headset.

He doesn’t share too many details, but confirms that the system is currently in development and won’t be ready until 2022 at the earliest. The headset will be a “next-gen VR system that enhances everything from resolution and field of view to tracking and input,” according to the blog. “It will connect to PS5 with a single cord to simplify setup and improve ease-of-use, while enabling a high-fidelity visual experience.” Currently, in order to use the PSVR headset with a PlayStation 5, you’ll need a PS4 camera adapter (the PS5 camera won’t work for this purpose), so fans will rejoice at the simplified setup as much as the graphics upgrades.

Nishino also confirms that the system will introduce a new VR controller, which he says “will incorporate some of the key features found in the DualSense wireless controller, along with a focus on great ergonomics.”

Adaptive triggers are a huge selling point for the DualSense, and integrating them with a VR controller would offer unparalleled immersion. At the moment, the Valve Index has the best VR controllers going (in our humble opinion) due to its finger-tracking capabilities – but that comes at a premium price, even in VR terms.

Four years after release, a last-gen PSVR headset will still set you back nearly $300, but we currently have no word on pricing for the next-gen version.

Virtual Reality players will be delighted with this news, and Nishino ends his blog post with a positive rallying cry for those who thought Sony’s VR ambitions had fallen by the wayside: “With both PlayStation VR and the next-generation VR system we’re building, our commitment to virtual reality as a medium for games is stronger than ever.”