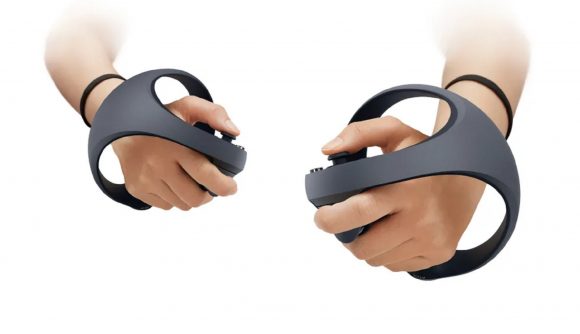 Sony has generously dished out plenty of new information about the development of next-gen virtual reality for PlayStation 5. Fans of VR systems were excited by the prospects mentioned in the first blog, which left things fairly vague.

However, the latest blog has shed more light on the new controllers. As well as a funky new design more similar to those used by Oculus and Valve (as opposed to the more Wii remote-inspired controllers used by the current PSVR system), the next-gen virtual reality kit will also utilise DualSense features.

Each VR controller will have an adaptive trigger and haptic feedback, which Sony says will make “every sensation in the game world more impactful, textured, and nuanced.” The experience should be more immersive than ever before, and if the controllers are anywhere near the quality of the DualSense, then VR fans are in for a treat.

However, Sony’s commitment to next-gen virtual reality goes a step further, as they also tell players that the new controllers will have “finger touch detection” for your thumb, index, and middle fingers. This means that the VR headset will be able to track those three fingers on each hand, which will help replicate gestures and create more immersive touches in virtual spaces and games.

This sounds like the finger tracking that is currently only offered by the expensive (even in VR terms) Valve Index, so if Sony can market controllers with this feature for a more reasonable price, it could have a VR hit on its hands.

The company’s commitment to virtual reality was shown in its Play at Home promotion, which will let players with the current edition of PSVR download four games for free over the next month. PlayStation users will also have access to five great titles, but the commitment to VR shows that Sony is serious about supporting it in the future.