The PlayStation 5 is home to some truly incredible games, from blockbusters like Elden Ring all the way to popular multiplayer games like Apex Legends. The PS5 library is full of games that everyone can pick up, sit down with, and dive on into. A genre that is certainly not lacking in fantastic games is the sci-fi section of the PlayStation Store. There are so many unique and fantastical worlds to jump into and engage with all of their wondrous characters, and environments. So what are the best space games on the PS5 at present?

Thankfully with the PS5 having backwards compatibility, this opens up the realm of space exploration to a whole new level as there are some out of this world games that have yet to be discovered. Some of these games also give players the ability to upgrade the PS4 version of the game to a PS5 version, free of charge.

So without further ado, let us see what this magnificent console has to offer us and what the best space games on PS5 are.

The best space games on PS5 are: 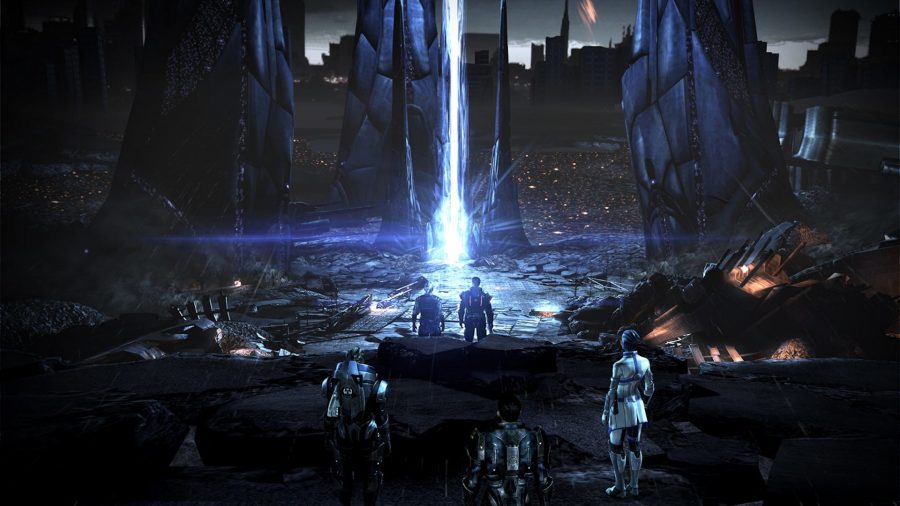 Mass Effect to most is probably the pinnacle of space games, and will be the name that springs to mind when you start thinking about space-themed games. With its in-depth lore, charismatic characters, immersive soundtrack, and most importantly its engaging storyline, Mass Effect doesn’t hold back.

When you aren’t trying to save the galaxy from the unstoppable giant spider-like monstrosities, you can build bonds, form romantic connections, shop for all the best weapons and armours, and punch a Pyjak in the face. You know, fun stuff.

Mass Effect Legendary Edition brings together the first three Mass Effect games for everyone to enjoy, all in their stunning, remastered forms. Essentially getting three of the best space games combined into one package. 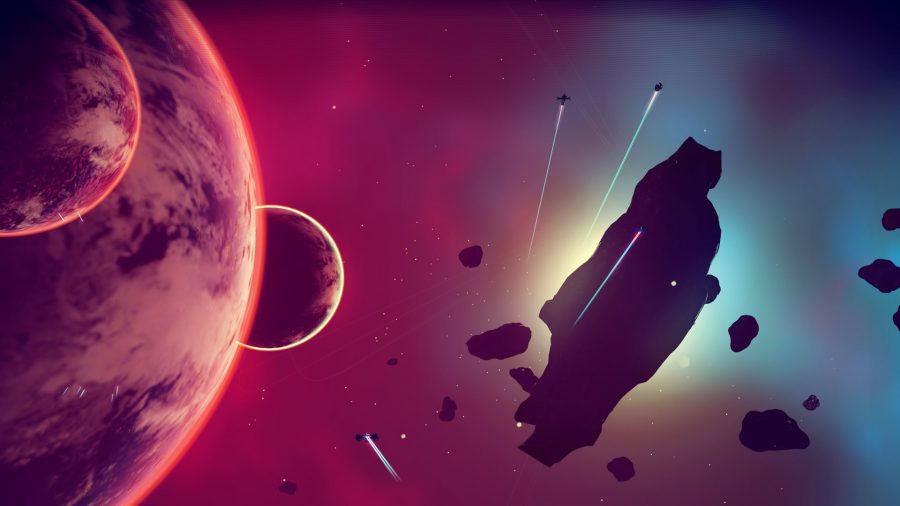 No Man’s Sky certainly didn’t have the best launch, with a lot of key features that were promised being completely missing. The game on release was sadly very bland, with the procedurally generated worlds being empty and providing nothing of substance to keep the player base interested. This naturally left a lot of players angry, eventually leading to a lot of them abandoning the game altogether.

Fast forward to the present day and it is mind-boggling what Hello Games has managed to achieve with this game. The game is now praised by fans and critics alike, having an expansive world to explore and dive into. There are also regular updates and content expansions are added frequently, one of the biggest additions coming in the form of expeditions.

No Man’s Sky has become such an incredible game, and it probably deserves to be considered one of the best PS5 games. No Man’s Sky also offers PS5 players the ability to upgrade their PS4 physical copy to a digital PS5 copy, free of charge. 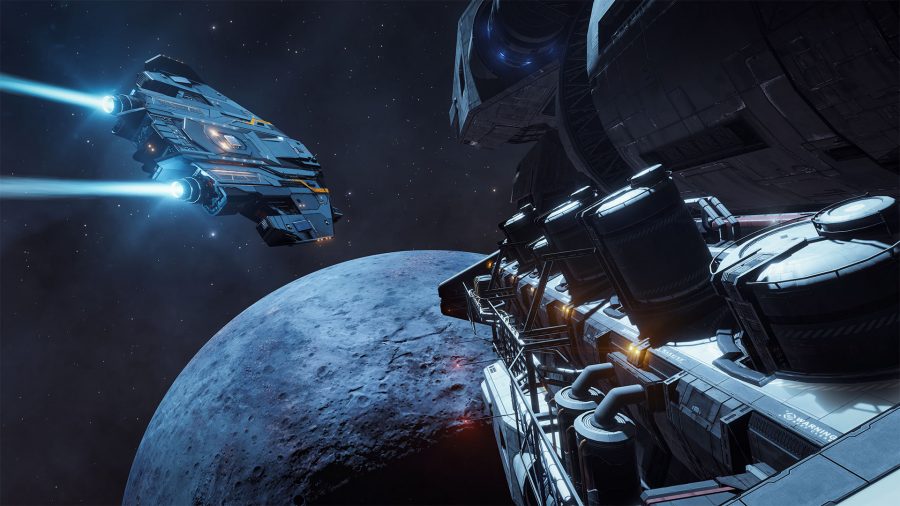 Elite Dangerous is not for players looking for a casual space game to sit down and enjoy. Elite Dangerous has a very complex control scheme, paired with an equally unfriendly introduction to its game world. This steep learning curve would be enough to turn off even veteran players, let alone casuals. However, players should persevere as this is one of the most impressive space games on PS5.

Elite Dangerous is modelled off of the Milky Way galaxy. What is crazy though is that it is actual size, making this map the biggest in video game history. Planets and moons all orbit in real-time, meaning their locations will change not only daily, but every minute. According to the Elite Dangerous Wiki, only 0.036% of the entire map has been discovered so far, leaving the game world filled with as much mystery as actual outer space. There are over 400 billion star systems to explore and as you can see, players haven’t even scratched the surface of these systems. 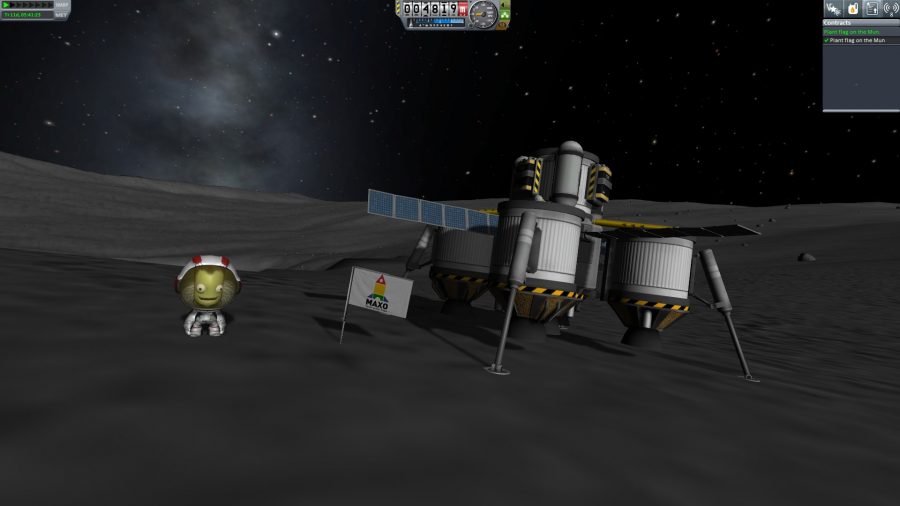 Kerbal Space Program is an award winning game created by Take Two Interactive. There is currently a sequel in the works that is set to release on all major consoles sometime very soon.

The game features a bunch of cute little green aliens, called Kerbals, who dream of soaring through space. You will be helping these Kerbal by creating and testing out varying space crafts and learning how to better them with each failed attempt. Trust us, there will be many failed attempts, leading to the Kerbals inevitable suffering.

The whole point of the game is that you run a space program, where you build these space crafts to try and help the Kerbal fulfil their dreams of catapulting to space. The crafts you build can be incredible, sending the Kerbal to stardom, or downright sinister, clearly made to cause nothing but suffering to the Kerbal. 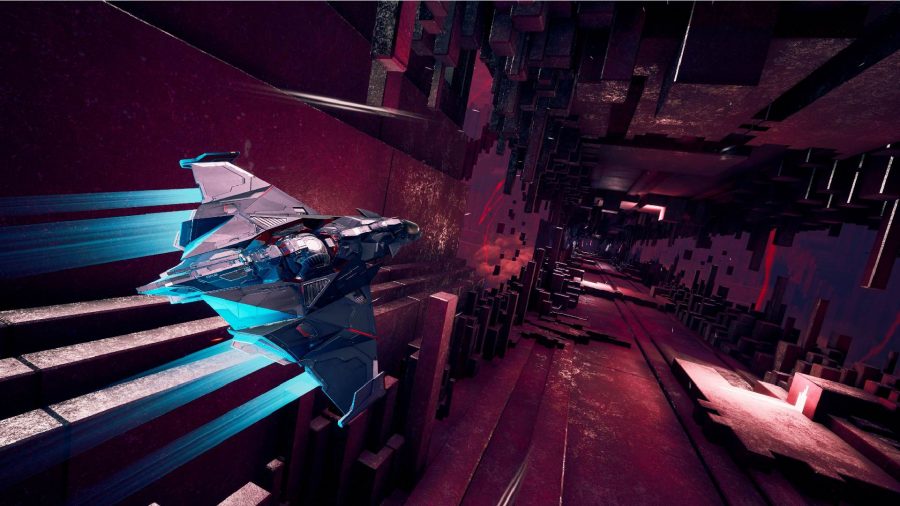 Chorus is a surprisingly competent and well put together little space game, with an intriguing world to explore. The game follows Nara as she tries to face her past and redeem her evil deeds. The story, while not winning any awards, is still a fun-filled adventure that you won’t be able to put down. Chorus doesn’t overstay its welcome, lasting roughly 10 – 15 hours, making the story much more engaging for players.

Chorus comes to life and shines with its exploration and combat elements. The combat is fast-paced and fluid, making it a lot of fun to engage the various enemies you’ll encounter upon your travels in this dark universe. The weapons hit hard and the adaptive triggers help to suck you into the game world, adding that extra element of flare. Unlockable skills can be found by completing temples that are littered around the game world, and these flesh out the combat even further. One of the skills you can get is a teleportation ability that will give you a great advantage in battles, which also just adds a tone of fun to combat encounters.

So strap up and get ready to explore the dark and eerie space of Chorus. You and your talking ship have a lot to be cracking on with.

If you enjoyed this list of the best space games for PS5, feel free to come back and have a look through it again – you never know, there could be some new additions! While you’re here, why not check out our rundown of all the upcoming PS5 games? For now though, go forth and enjoy your galactic space travels.