As the PlayStation 5 makes its way into homes across the world, there comes a need, as with any new technology, to show it off to your friends and to justify its place in your living room to your loved ones. Luckily, even in its nascence, there exists a stellar catalogue of the very best co-op games on PS5.

The wonderful thing about the best co-op games on PS5 is that they offer a plethora of choices, ranging from the chill to the intense, and this list has been compiled to give you as full a range as possible in terms of options. While everyone knows you can play FIFA 22 and Rocket League cooperatively, let’s be honest: you’re more likely to go head-to-head in competitive titles such as these.

In this list, we’re specifically looking at local multiplayer games and cherry-picking the very best of the bunch. Whether you’re looking for some explosive teamwork-heavy gunplay to rally the squad around next time they’re at your house, or if you’re looking for something goofy and lighthearted to bond with your partner, there’s a little something for everyone here.

The best co-op games on PS5 are: 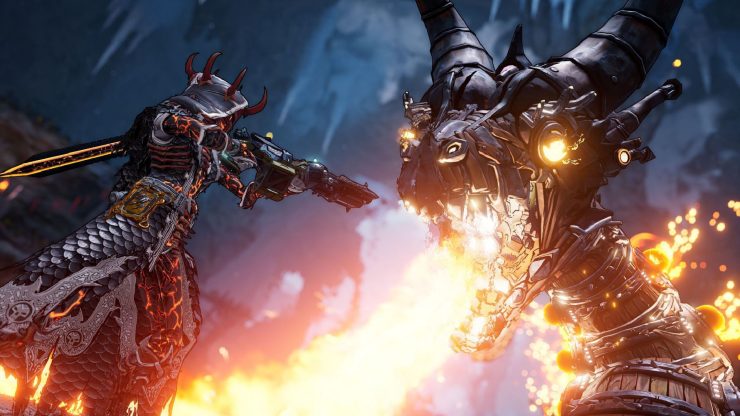 The beauty of the Borderlands series – and indeed its fantasy spin-off, Tiny Tina’s Wonderlands – is that you can always count on it for a superb, loot-filled, local co-op experience. At any time, up to four players can drop in and drop out of both local and online multiplayer sessions, levelling up their character and amassing all of Tiny Tina’s Wonderlands legendary weapons.

There’s even a full campaign mode to enjoy here – however, you might end up a little too distracted to notice once you start larking about with your pals and scrapping over who gets the best loot. For more info, check out our  full Tiny Tina’s Wonderlands review. 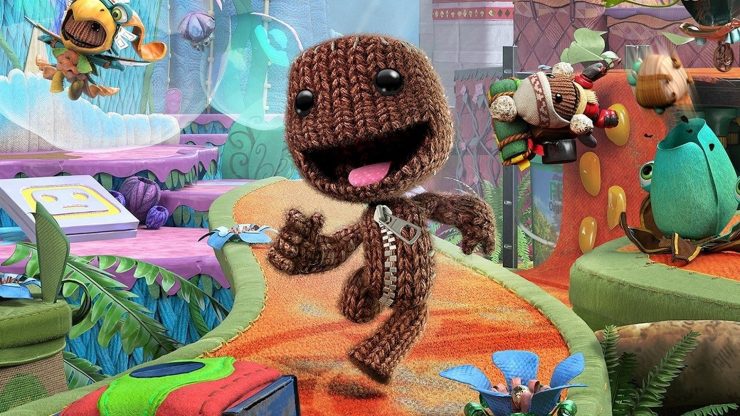 For those who grew up with a PlayStation 3, there really was no better alternative for local co-op games than the LittleBigPlanet series. However, if you could routinely count on one criticism to be levied at earlier entries of this bubble-collecting platformer, it was the rigid refusal to add a full third dimension.

Well, in the PS5-era, we can finally say hello to that third axis! With Sackboy: A Big Adventure, the titular mascot can at last move around freely in full 3D, in a game that marries the best of the series’ creative strengths with the frantic, up-to-four-player chaos of games like Super Mario 3D World. 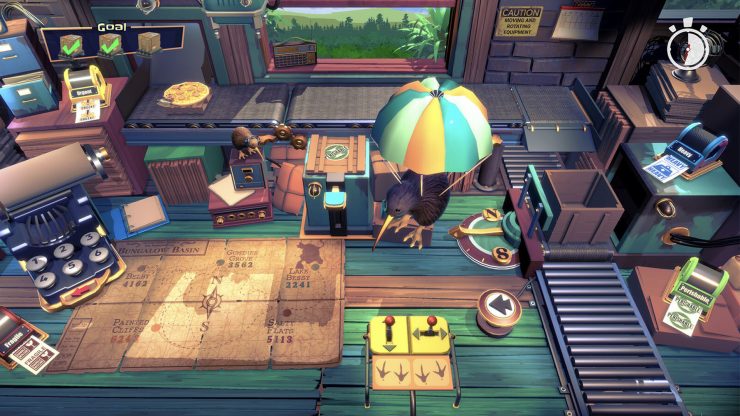 Who hasn’t fantasised about running a post office as one of two small flightless birds native to New Zealand named either Jeff or Debra? Similarly, surely we’ve all dreamed about dressing said birds in silly hats and using their cute little beaks to pluck the flowers of wild kudzu to stop the plant from wrecking our perfectly-pruned mailroom desktop? There must be more than one of us, right?

KeyWe is an adorable, occasionally frustrating, two-player local co-op game that requires coordination, time management skills, and, to some degree, decent keyboard literacy. That might sound more like a job interview than a co-op game, but mastering these birds will certainly bring you and your partner closer together – unless it tears you apart and leaves you both with intense horror-filled nights, haunted by the image of two uncoordinated kiwis as they dance above your inevitable lonely graves. 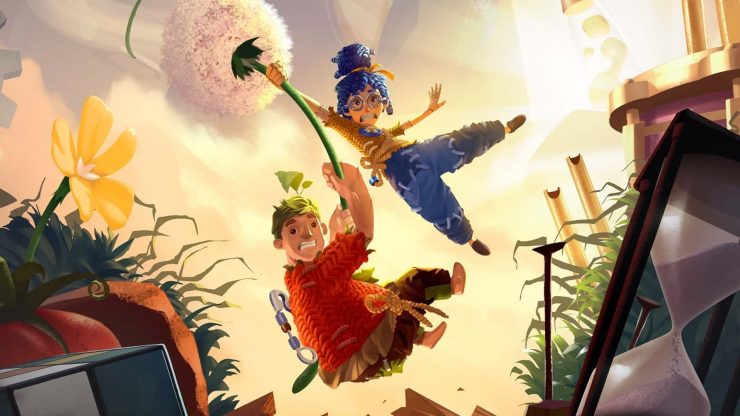 EA’s Hazelight Studios brought us all a true masterclass in cooperative storytelling with the release of It Takes Two. Inventive, touching, funny, challenging – it’s no wonder the game swept up at The Game Awards in 2021; not to mention earning a GOTY 2021 nomination.

For those who have yet to experience the game, it’s a two-player cooperative experience in which you navigate a Honey I Shrunk the Kids-like world in order to save the marriage of troubled couple Cody and May. It truly is amazing how quickly you and your co-op partner of choice will band together, united by a single front: getting revenge on a magical talking romance novel. 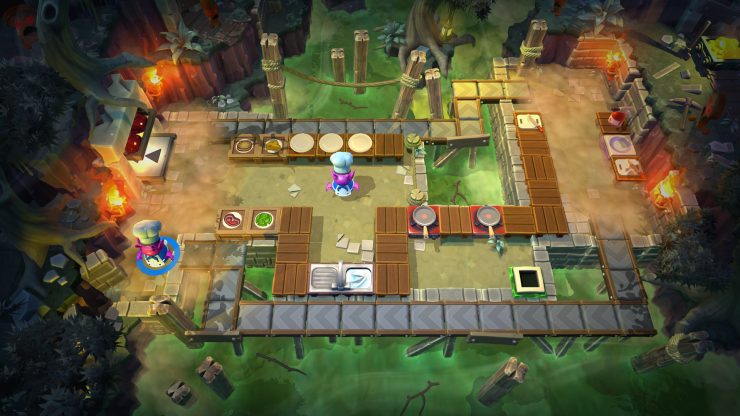 Overcooked! All You Can Eat

Very much the frontrunner in any conversation about best co-op games on PS5, and indeed practically any console this last decade, the Overcooked series is renowned for its chaotic, fast-paced, friendship-destroying arcade action. Luckily for PS5 owners, the absolute best helpings of the series have been brought together into one neat package with the release of All You Can Eat.

In this game, you and up to three other chefs band together to chop vegetables, cook meat, and prepare dishes for hungry guests. Working against the clock, hazardous kitchen environments, and one another’s worst panic-driven instincts, Overcooked! is notorious for turning even the closest of friends into lifelong nemeses. Still, nothing beats that feeling when you and your team suddenly all click and feel that rush of endorphins only possible from getting three stars on a particularly challenging stage. 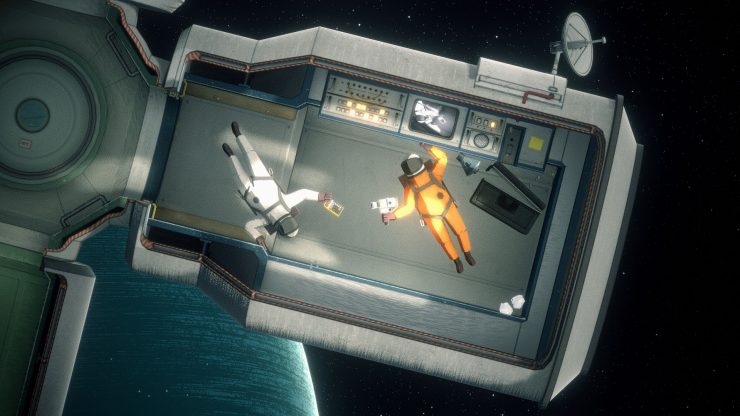 Speaking of ‘friendship enders’, at least in Overcooked you can blame time limits and panic for your mistakes. In Heavenly Bodies, often the problem comes down to just never quite figuring out how you’re supposed to move your arms.

This two-player co-op game carries in the vein of games like QWOP, Octopus Dad, Heave Ho, and Super Bunny Men, in that you usually spend the first fifteen minutes of every session remembering which labyrinthine combination of buttons is required to move your right elbow successfully up and down in a waving motion. It’s the kind of game in which every session leads to spurious bursts of laughter and frustration, and it’s perfect for two players looking to build hilarious memories while playing their PS5. 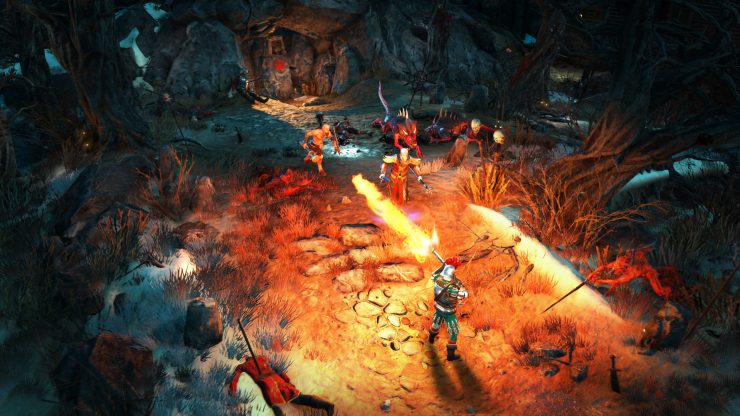 There is always additional space left on the hard disk of any die-hard co-op gamer’s PS5, just on the rare chance Diablo ever decides to grace console gamers once more with its presence. While we wait, however, there’s going to be an itch for cooperative fantasy experiences, and Warhammer: Chaosbane certainly does an admirable job scratching all those strenuous, out-of-reach spots.

A classic Gauntlet-style four-player dungeon crawler, Chaosbane gives you and your friends your very own hero with their own special abilities and cooldowns, and lets you go wild amassing legendary loot and smashing monsters with your weapon of choice. 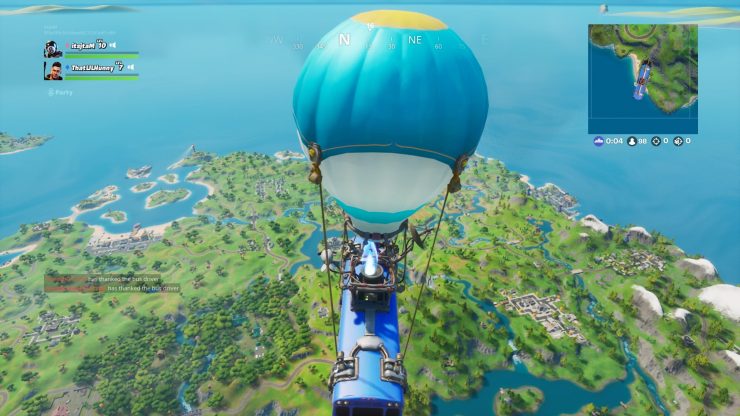 Does anyone even need to be sold on Fortnite anymore? Epic Games’ online battle royale-meets-house building sim still absolutely dominates the world; so much so we didn’t just include it on our best free PS5 games list, but also made a whole separate list for best games like Fortnite – such is its power.

Still, it’s worth knowing that Fortnite on PS5 lets two players in the same room go online in splitscreen, allowing you both to claim the crown in stunning 4K.

One piece of advice though: if you’re chasing that Victory Royale, make sure that you, and your co-op partner, are using the best Fortnite weapons to maximise your chances. 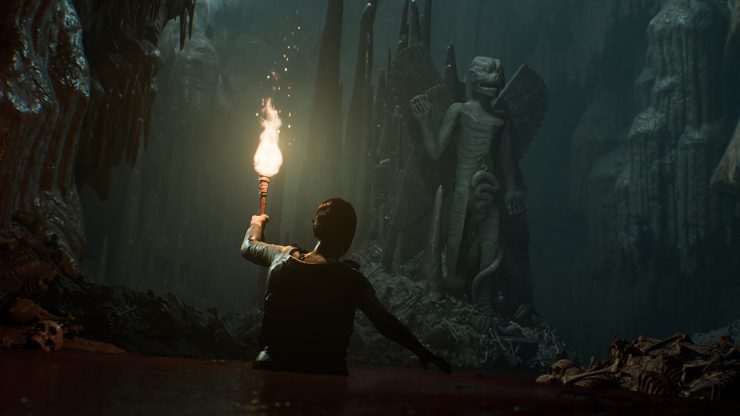 The dark horse in this list, The Dark Pictures Anthology, doesn’t seem at first glance like it would make for one of the best co-op games on PS5. It’s a series of narrative-heavy games, for a start – meaning you’ll have to spend a lot of time distinctly not talking to your friends. Not to mention that all three games included in the anthology are horror titles, which might not be the best option if your pals are prone to the odd jump scare.

However, for up to five players, the Dark Pictures Anthology makes for an excellent alternative to movie nights at your place. At the start of each session, players assign themselves a character, and anytime that character becomes the focus of the gameplay, the game pauses to let you pass the controller to that player and have them work to stay alive over the next few minutes.

It’s a wild, tense, and often quite funny experience watching friends and family scramble to keep their characters alive as the stakes get higher and higher. The game’s multi-path endings mean that even if certain characters die early on, the story isn’t ruined for everyone else, and if someone wants to tap out early and get a drink, all they have to do is suffer the shame of public failure. 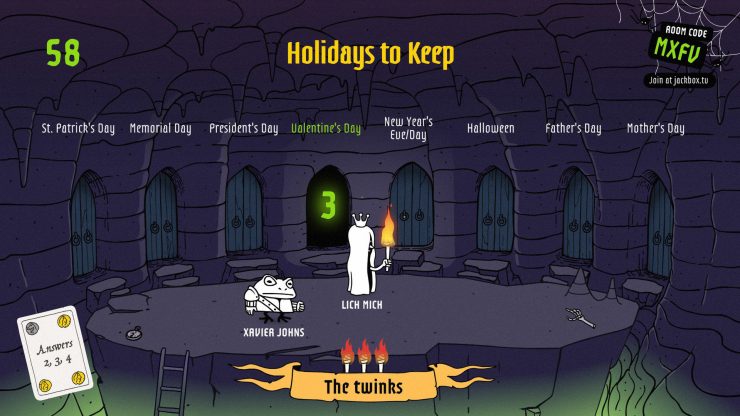 Sure, three games in one package sounds fine, but what about five? Jackbox Party Packs are the quintessential party game experience – each version offering a collection of five inventive, challenging, and often hilarious party games, all designed to get you and the room talking and laughing together.

However, as this is a list of the best co-op games on PS5 – not just the best party games in general – it’s worth drawing your attention to Poll Mine in this eighth instalment. In this game, the room is split into two teams, and each team works together to rank answers to questions that the opposing team has to guess correctly in the correct order. The result requires intimate knowledge of the people around you, playing out like a blend of Family Feud, Family Fortunes and The Newlywed Game, and Mr. & Mrs.

And with that, you should now be armed to the teeth with enough knowledge on the best co-op games for PS5 to host any-and-every house party from here until the PS6. If you perhaps get tired of having other people in your direct vicinity, check out our broader list on the best PS5 multiplayer games – you might even see a little overlap with games that do a little of both while you wait for new PS5 games to hit the market.