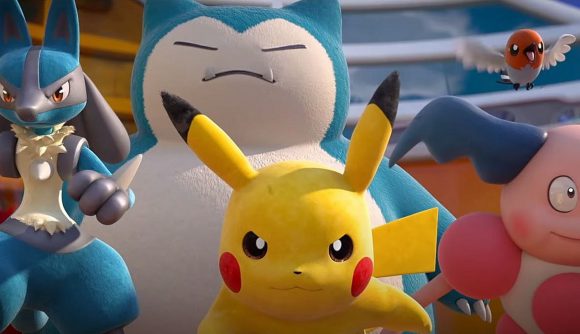 Pokémon Unite, which is the franchise’s first foray into the MOBA genre, has finally got something close to a release date. The game will be coming to Nintendo Switch first, and mobile just a few months later.

A brand new trailer revealed that the Switch version of Pokémon Unite will release in July 2021, while the mobile version will launch in September. Pokémon Unite had a small beta for players in Canada earlier this year, but now the whole world will finally be able to play it starting this summer.

Pokémon Unite – which is developed by TiMi Studios, a subsidiary of the mega Chinese technology company Tencent – has enormous potential to become one of the biggest new mobile games of the year. Not only is it an offshoot of the most popular universe in all of gaming, but it could make waves in the mobile esports scene, which has seen enormous growth in the last couple of years.

The announcement of the Pokémon Unite release date also came with a new trailer. The first cinematic section not only shows off a bunch of newly confirmed Pokémon for the MOBA, but also a potential new setting in some kind of stadium. This is different to the standard, remote island setting we’ve seen in past trailers.

The trailer closes with some actual gameplay footage, showing various skirmishes between Pokémon and also some of the abilities and moves that each Pokémon will have (we saw that sneaky barrier, Mr. Mime).

With Pokémon Unite combining a much-loved franchise, a popular genre of game, and the accessibility of having it on mobile, there is plenty of expectation for this to become a massive hit.