Pokémon Unite gameplay has leaked from players who are involved in the Canadian beta test. The leaks show gameplay, character and Pokémon customisation options, and a battle pass.

The Pokémon Company is partnering with Tencent’s TiMi for the Pokémon MOBA, which was announced on June 24, 2020 at a special Pokémon Presents livestream. The game is described as “free-to-start,” which means you will be able to download the game for free, but there will be microtransactions to unlock characters and cosmetics once you are playing.

New gameplay footage from beta testers reveals that the game will involve taking down wild Pokémon and catching others to level up your Pokémon and take out the other team. Levelling up will grant you access new moves and, eventually, allow your Pokémon to evolve. This could mean that basic Pokémon like Mr Mime and Absol are more powerful in the early stages of a game, when they are facing off against basic Pokémon like Gible and Gastly rather than Garchomp and Gengar.

The specifics of the gameplay mechanics are difficult to glean from the gameplay footage that has been uploaded to YouTube, but fans are already getting excited to see Pokémon enter the MOBA genre for the first time.

The Season One Battle Pass has 50 levels, each offering different rewards. Like most battle passes, some rewards are available to free players, but most are available to those who buy the premium pass. This costs 490 of the in-game currency, or 840 to unlock the first 10 levels as well – however we don’t know what this premium currency is called or how much it costs at present. Season 1 is also shown to end on March 16, which will likely signal the end of the Canadian beta. 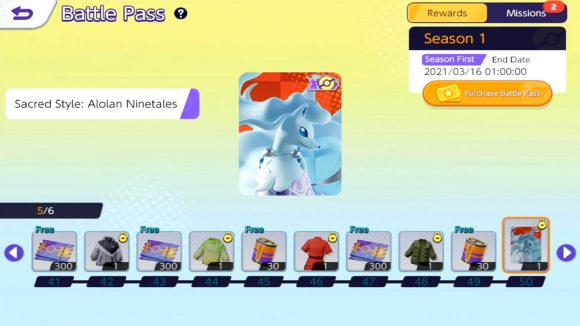 You can also see that more playable characters can be unlocked, costing 460 units of premium currency or 8,000 units of in-game currency that we presume is a non-premium option earned through playing. To be perfectly honest, we’ll pay any sum to play as Cramorant.

Away from the cosmetic-focused battle pass, gameplay footage has also been revealed by YouTuber ‘BeastBro’, although it has now been taken down because it contravened the rules of the closed beta. However, you were able to see him levelling up Scorbunny to become Cinderace over the course of a match, earning points for capturing objectives and earning experience by defeating foes. 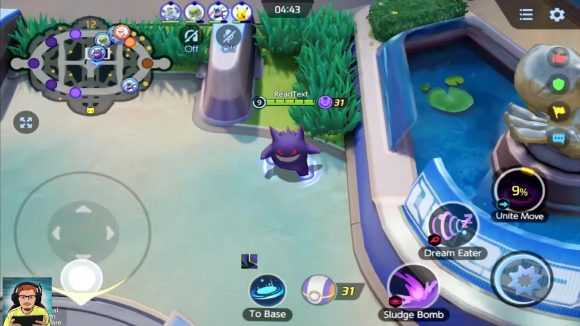 It’s also worth noting that the Greninja used in the footage had a skin equipped in-game, meaning you should be able to see your hard-earned cosmetics while playing. The leak also reveals Professor Phorus and her researcher Erbie as your guides through the world of Pokémon Unite.

It’s worth remembering that this is leaked beta footage – which is why it has now been taken down – and nothing you see has been officially confirmed and could be cut from the game before its worldwide release. We’re still waiting for an official acknowledgement or reveal of Pokémon Unite gameplay, but you can keep up to date with everything we know about Pokémon Unite in our handy guide.