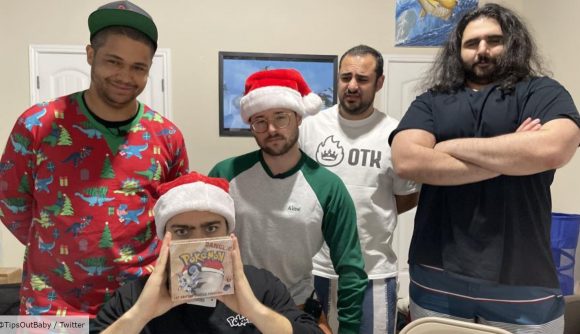 Over the weekend, streamer Matthew ‘Mizkif’ Rinaudo and other founding members of the OTK network opened a $20,000 first-edition Fossil Pokémon card booster box live on stream, all in the name of charity. Viewers and other streamers then donated to buy the contents of individual packs, with the final total raised being over a whopping $250,000.

The five-hour stream saw two giant pulls, including a holo Dragonite from Ludwig ‘Ludwig’ Ahgren and a holo Articuno from Nick ‘Nmplol’ Polom. The former can go for around $3,000, while the latter can fetch roughly $2,000. Of course, this is all highly dependant on their grading.

OTK’s official Twitter account teased the possibility of similar events in future, thanking everyone for tuning in and saying that “this is just the beginning.” Nothing has been confirmed as of yet, but given the success of this weekend’s charity stream, another in a similar vein doesn’t seem altogether unlikely.

The funds raised will go to charity Games For Love, which is “dedicated to easing suffering, saving lives, and creating sustainable futures for children.”

Earlier this month, Mizkif and Tyler ‘Trainwrecks’ Niknam pulled an incredible haul from a first-edition Team Rocket booster box, with the highlights being a holo Dark Dragonite and a holo Dark Charizard. The latter of those two is worth around $10,000 alone.