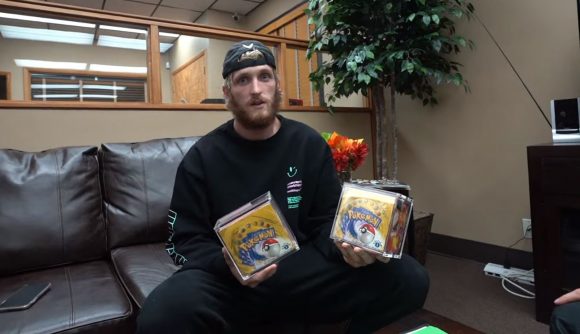 It was his initial First Edition Base Set Pokémon booster box break that saw the hype train for Pokémon cards leave the station, and now Logan Paul has revealed that his obsession with the original set has reached new (and very expensive) heights.

In his latest YouTube video, Paul says that after seeing the world’s Pokémon card obsession go through the roof since his first box break, he wanted to do something even bigger and better – round up every First Edition Base Set booster box left in existence. Admittedly, he fails to do this, but does manage to get his hands on six boxes of the highly-prized set. The total cost for getting these boxes? A cool $2 million.

While that is an astronomical amount of money, the YouTuber has got a relatively good bargain given the current climate. With a First Edition Base Set box recently going for over $400,000 at auction, the average price Paul paid for his comes in at $333,000.

As is pointed out to him in the video, the high prices for the boxes are rather “his fault”. Paul paid $200,000 for his first box in October, but the recent wave of popularity he started has inflated those prices massively.

While he plans to keep five of them stashed away for now, one of the six boxes will be going straight into the content machine with another iconic box break livestream. 35 of the 36 packs in the box are now up for auction on Goldin Auctions, with the minimum bid for each one starting at $10,000.

At the time of writing, there is yet to be a bid on any of the packs, but expect plenty of people to start dropping bids for their chance to pull some of the rarest Pokémon cards out there.

Paul’s box break is scheduled for February 27 to coincide with Pokémon Day.

With demand far exceeding the supply of modern day sets and the prices of vintage cards sitting at pretty much an all time high, many believe that Pokémon card-mania has genuinely hit its ceiling. But this is Logan Paul, and this is Pokémon – there’s every chance that the obsession could swell even larger.