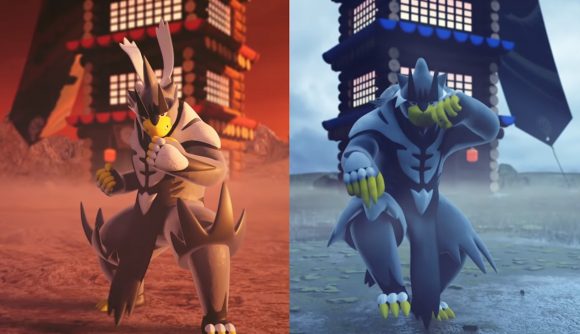 The Pokémon Company has announced the next expansion for the Pokémon Trading Card Game, and it introduces a new gameplay mechanic based around the two forms of Isle of Armor legendary Urshifu.

The Battle Styles expansion, which will feature cards split between the Single Strike Style and Rapid Strike Style – the same forms of Urshifu that you can obtain in Pokémon Sword and Shield. Single Strike cards, which will have red tags and design accents, include big-hitting moves that have the ability to one-hit K.O. opponents. Meanwhile, Rapid Strike cards, which will have blue tags and design accents, feature Pokémon with “sneaky, technical attacks,” according to a press release.

With the impetus clearly on Urshifu and its different forms, the legendary Pokémon is of course the set’s mascot. Both forms of Urshifu have separate VMAX cards, as do four other yet to be confirmed Pokémon. A total of 12 standard Pokémon V cards are available, along with 16 full-art Pokémon V cards.

According to the cards’ artwork, the expansion will contain 163 cards. This is excluding the almost inevitable secret rare cards, so expect a few more than this.

While dozens of Pokémon feature in the official announcement video for Battle Styles, only the ones above have been confirmed to be in the expansion. In the final frames of the video, a handful of other Pokémon are shown on team Single or team Rapid, making them frontrunners for receiving V or VMAX cards.

Sirfetch’d, Cinderace, and Tornadus feature with the confirmed Single Strike Pokémon, while Blaziken, Rillaboom, and Zeraora are shown with the Rapid Strike Pokémon.

Battle Styles will be available from March 2021.