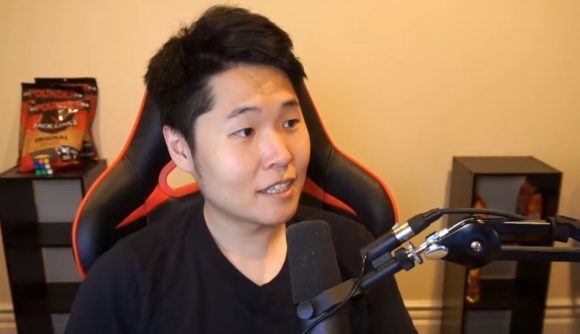 Popular Twitch streamer Jeremy ‘Disguised Toast’ Wang had to dish out 1,000 Tier 1 subs to his viewers after losing a bet during his playthrough of the new Pokemon Sword and Shield game.

Disguised Toast had set himself the challenge of finding a rare shiny variant of Wooloo, a cute and fluffy sheep Pokemon, within 15 hours of play time. The challenge spanned two whole livestreams on November 17 and 18. However, he failed in his quest and kept to his word, forking out the gifted subs at a cost of $5,000. The expensive bet did at least bring in a big audience to Disguised Toast’s streams, with both peaking at over 18,000 viewers.

After six hours of searching in his first stream, he laid down the gauntlet for himself to find the shiny sheep. “If I do not find a shiny Wooloo tomorrow, I will give out $5,000 worth of subs, OK. I’m committed. There is no way I am ending tomorrow without a shiny Wooloo.”

Wooloo, which in its regular form is white in colour like your classic sheep, is an extremely desirable shiny amongst the Pokemon community as its white wool turns jet black, probably as a nod to the famous nursery rhyme.

Disguised Toast, who is more commonly known for streaming Hearthstone and Teamfight Tactics, has over 1.3 million followers on Twitch.