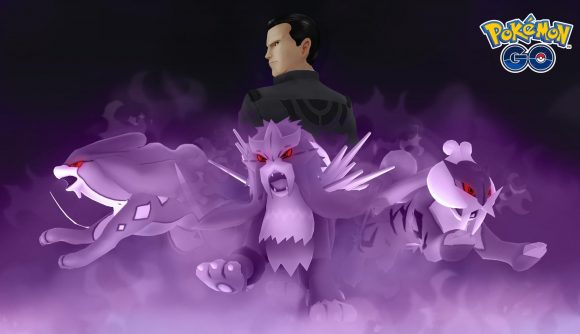 Pokémon GO is collaborating with The Game Awards 2020 for a special in-game event to coincide with the show. And no, Pikachu won’t be making a guest appearance to dish out the Esports Game of the Year – or, not that we know of at least.

The in-game event starts on December 10 at 16:00 PST (19:00 EST/ December 11 at 00:00 GMT) to coincide with the prestigious ceremony, but luckily it continues for 24 hours. That way, European players won’t have to worry about waking up in the middle of the night to reap the rewards.

Speaking of rewards, a much-requested feature is returning for 24 hours only – the ability to use a TM on your Shadow Pokémon. This way, they’ll be able to learn moves other than Frustration, which is fairly useless in most circumstances. Prepare your Shadow Mewtwos (which we named as the best Pokémon in Pokémon GO) for TMing, and grab an Elite Charged TM while you’re there, because you’ll be wanting the exclusive move Psystrike for maximum damage.

In addition to the TM news, Incense will be more effective at attracting Pokémon and you’ll earn more Stardust from catching Pokémon. Ready a Star Piece to maximise the rewards, and you’ll be bathing in dust before you know it.

What’s more, Team GO Rocket grunts will be appearing more frequently at PokéStops and in their balloons, so be sure to battle them for even more Stardust, and the opportunity to catch more Shadow Pokémon that you can immediately use a TM on.

While you watch, you can enjoy a special event in Pokémon GO! Can we get a “Whoop, whoop”? 🙌 https://t.co/bRFA9Ju66n pic.twitter.com/MH0WTOkiK3

We haven’t really got Pokémon GO pegged down for any major awards at The Game Awards, but we’re predicting good things for Riot Games in the esports categories. However, with this cross-promotion, perhaps there will be a GO-shaped announcement at the ceremony. Keep your fingers crossed.