Pokémon GO Battle League has seen a host of balance changes this week, mostly aimed at nerfing some of the most common threats in the Great League. While the likes of Azumarill, Shadow Victreebel, and Galarian Stunfisk have all emerged looking slightly sad, there is a light at the end of the tunnel. A lime green light.

As the dust settles in the wake of the giant Niantic nerf hammer in the sky, a solitary figure emerges. An unexpected hero has learned the ways of the Weather Ball, and has come to teach GO Battle League the true meaning of spam.

Yes, Politoed has arrived in the Great League meta and is making its presence known. Bringing its beer belly to the big leagues, Politoed is one of the few Pokémon who genuinely looks a bit like a bank clerk. Politoed wears a tie to the pub and tells boring stories that last for hours, all while nursing one warm pint and never getting a round in. But little did you know that on the weekends, Politoed is the reigning champion of an illegal bareknuckle boxing ring.

The first time you come up against Politoed in the GO Battle League, you’re immediately lulled into a false sense of security by his goofish grin and slouched shoulders. “Think you’ve come to the wrong place mate, we’re fighting here,” you say to your phone screen.

The second time you come up against Politoed in the GO Battle League, you panic. His goofish grin is a death stare. You realise that this might be the last face you ever see, as your Pokémon faint one by one at the webbed hands of this innocent-looking amphibian.

The third time you come up against Politoed, you have a plan of action. But your super-effective attacks are like water off a frog’s back – your Stunfisk has no power here. After that, you resign yourself to your fate, a watery grave and an inevitable rank loss. 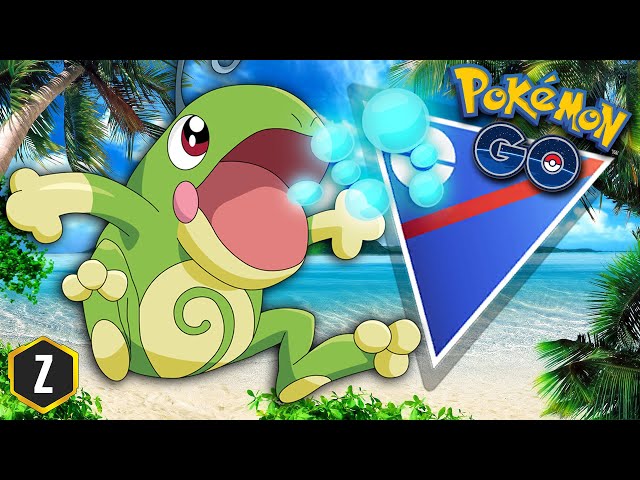 It is stated in the Pokémon Moon Pokédex that Poliwag and Poliwhirl canonically “cower in fear” when Politoed screams – and scientists now understand why. For this is a toad that can create immense seismic activity with its very fingertips, a frog that can conjure snowstorms at will – a Zacian in Wooloo’s clothing. A 34kg creature that can live on land and in water that wields elemental powers that gods dream about at night.

No one can say that Politoed doesn’t deserve its time in the spotlight, as it has played second fiddle to others for most of its time in competitive Pokémon. Pelipper outclasses it as a rain-setter in VGC, and the humble amphibian has never served any real purpose in GBL until now.

But now is it’s time to shine, and Politoed is putting the lime in limelight. Politoed remembers every interruption in its pub stories and underhand comment on its boring tie, and it has a Weather Ball ready for each of them. Like Walter the Softy snapping and yeeting a dictionary at Dennis the Menace’s annoying bushy head, Politoed has a list of names and it’s crossing them off with a stupid smug smile writ across its foolish froggy face.

Since mastering the ways of the Weather Ball, Politoed has quickly climbed the ranks to become one of the best Pokémon in Pokémon GO’s Great League meta. It just had a promotion and it’s ready to defend its title as the webbed welterweight champion of the world. Oh, and it’s your round again, mate.