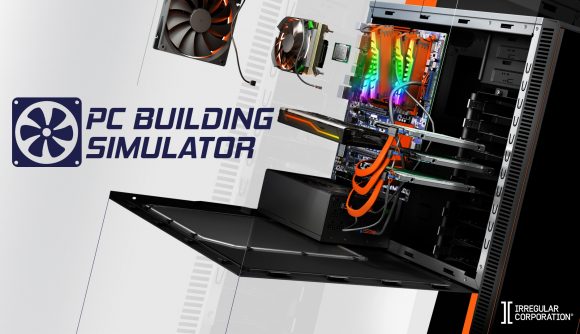 In the world of PC gaming, building your own kit is a key milestone in your journey. Constructing your first rig is a coming of age tale, but for some people, it turns into a career. Like pretty much any career under the sun these days, there’s a simulator for it.

PC Building Simulator is that simulator, released in January 2019 by The Irregular Corporation, having been in early access since March 2018. Today, it releases an esports expansion DLC pack, which steers the game’s career mode into the world of high end, peak performance PC construction. It tasks you with building the rigs for the best teams in the world, and promises to add new depths to an already detail intensive experience.

The pack is available for $13 (£10) and comes with a full campaign which sees you climbing the ladder of esports PC manufacture, starting off small but working your way up the chain of sponsors, superstars, and tournament winning teams.

With the restrictions of time, money and a high level of technical knowledge required, PC building is not an accessible activity for everyone. It’s a supportive community packed with helpful advice, but that can only take you so far, which perhaps explains why PC Building Simulator has been such a success. It removes several of the largest barriers while still attempting to capture the feeling of building a machine of your very own.

If you want to get all meta about it, you can play PC Building Simulator on a PC you built yourself, but it’s also available on PS4, Xbox One, Nintendo Switch and even a shop bought PC. Previously, the game featured a standard career mode based around commercial PC manufacture, as well as a free play, no budgets, no timings, no limits mode. The DLC adds an extra slice to the career mode, taking you out of your public facing role and into the intense world of esports.

You’ll have to check your emails, accept commissions, pick up deliveries, install new parts and upgrades, test everything runs smoothly, troubleshoot when it doesn’t, and finally wait for the esports teams to pick your PC up and use it to steer them to glory. It’s like FIFA’s The Journey if it was all about the people who made Alex Hunter’s boots.

ADATA, Asus, AMD, Cooler Master, Corsair, MSI, NZXT, Razer, SilverStone, ZOTAC, and many other brands are at your disposal here. The core game is enough for you to live out your Henry Cavill fantasy, but this expansion – a meaty experience at 12 hours long – cranks the pressure up even higher.