Patrolling the streets of Junkertown is no mean feat when hackers can crawl out at the bush at any moment. But for the Overwatch Police Department, and the leading sheriff, it’s part of a day job which makes playing the first-person shooter that little bit sweeter. In an age where competitive games are riddled with cheaters, finding yourself in a server with honest, fair players is ever the rarity, but for this sheriff, it’s the dream.

It’s a dream that’s arguably impossible to attain, but for Mohamed ‘Gamerdoc’ Al-Sharifi, Overwatch saved his life, and it’s damned worth fighting for. Once condemned to sleeping on the streets, this team-based multiplayer and its community helped pick him up during his darkest time and gave him something worth fighting for. Their belief in him, his love for the game, and his dissatisfaction at those who were exploiting it is what drove him to set up the Overwatch Police Department.

Now the Sheriff spends hours identifying cheat makers, the sellers, and ultimately, the users, to give something back to the community that has invested so much time in him.

“I started this back when mrunlucky tried to win trade [when players or groups trade wins by creating alternative accounts to lose on,” GamerDoc explains. “I made the server get all the ranked players to post proof of him doing it, and it was all a huge meme to begin with. Then, when we had enough proof to take out mrunlucky, it became a server for us to check smurfs, and find out who has been griefing or trading wins.

“I saw my friends getting annoyed by playing against cheaters and it motivated me. I like to think that the Overwatch Police Department is a beacon of hope.”

“There were times I felt completely hopeless"

As you can imagine, working as a self-professed sheriff of Junkertown, checking up thousands of players across the world of Overwatch is a lengthy process and one that’s made all the more difficult by cheat makers. For Gamerdoc to do his job correctly, he has to gain the trust of cheat providers, which is a pretty dangerous process in itself. “I usually spend my own money on getting into private forums or Discord servers, but most of the discords are free to enter without any hassle,” the sheriff says.

“Currently I moderate a few cheating Discords and they have no idea it is me. I find it sad though because they make cheating, stream sniping, or intentionally ruining games a sport.”

While Gamerdoc has had relative success in getting cheating networks shut down, the experience comes at a cost. Not many people can say they’ve used to getting online abuse and death threats, but for Gamerdoc, it’s all part of the job. 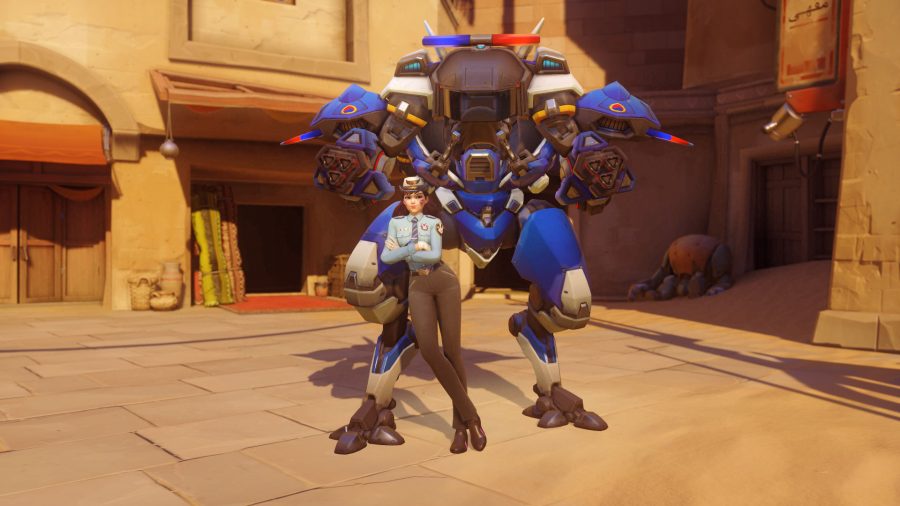 “I receive a lot of hate and death threats, people try to dox me and post fake addresses,” he adds. “I have had people attack my culture, as I am a Muslim, or come to my stream and stream snipe me.

“The biggest problem I face here is that these cheaters get banned, but they always come back and ruin the game.”

Related: When is the next Overwatch World Cup?

While GamerDoc knows that tackling cheating in competitive games is a monumental task, it’s one that he’s willing to continue. His love for the game and the Overwatch community keeps him grounded and motivated, but there have been times when he’s considered giving it all up.

“I have wanted to give up many times,” he says. “There were times I felt completely hopeless, but I always come back. This game and the community has saved my life and gave me a purpose to keep going.

“In the first ranked season I was in a really bad spot – I was homeless, sleeping at McDonald’s or Starbucks. I had no money, no future, and I was really down. However, so many people in the scene have helped me through these tough situations. People like mendokusaii, Taimou, iddqd, and more, have helped me and made me feel less lonely, so I am very grateful to them and the community.

“I am by no means an angel – I have done a lot of dumb things, but my motivation to stop the hacks making the live servers is my own. Even if everyone hated me, I’d always try to do my part to help make the game better for others, because Overwatch is, in my opinion, the best game to ever be created.”

Read more: PUBG hacking is a serious problem too.

Over the last year, Gamerdoc’s persistence to continually track and eradicate these hacks have not gone unnoticed. Working with Blizzard on multiple occasions, his efforts have helped the development team, and while Blizzard do not fully endorse his work, the team is aware of all the work he has put in to shutting down hackers and ensuring that no one is able to profit. Blizzard is not looking to get in his way and it seems it is happy for him to continue to do his work. 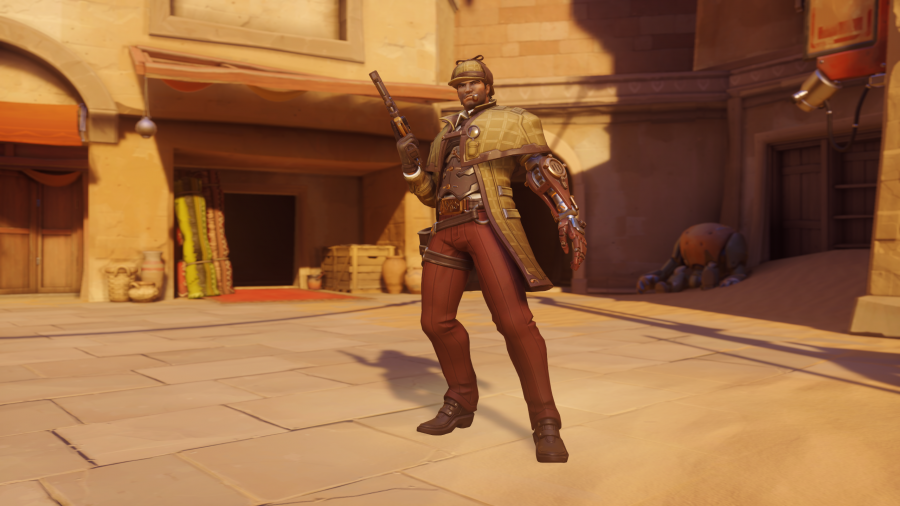 “Sometimes it’s frustrating because it can take Blizzard up to a month to ban someone who’s hard-locking, but I stick with it,” Gamerdoc says. “Blizzard is aware of what I am doing and I am assuming Jeff Kaplan does too. In an email, one of my Blizzard contacts said they had a meeting with Jeff about the previous information I sent. I think they like what I am doing so long as it’s not a witch hunt.

“We strictly act on proof before we do anything, as in the past we had complications and made mistakes. I have learned from it and used this to better my work.”

While GamerDoc is currently working as an independent, he believes he plays a big part in helping shut down huge cheating rings. While it’s obvious hacks are a recurring problems for Overwatch players, it’s not always clear just how much effort some of the community put in to lead an offensive, and stop a well-loved game being brought to its knees.

When the line is so thin to tread as an independent sheriff, Gamerdoc is willing to sacrifice it all. If it means that players can enjoy the game fairly, without fear of being attacked by a hacker, then the long hours in front of the computer screen is worth it in the end.